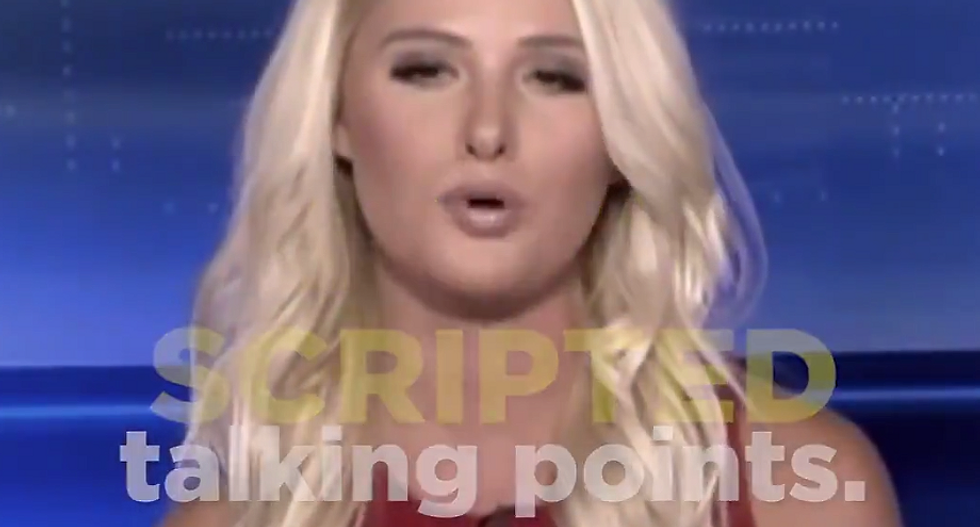 “The Daily Show” on Thursday revealed what will likely be a devastating blow to right-wingers who claim students at Marjory Stoneman Douglas High School are actually “crisis actors” hired to parrot Democratic talking points.

In a video mimicking the font, color scheme and musical score of conspiracy YouTube videos that emerged in the aftermath of this month’s mass shooting in Parkland, Florida, “The Daily Show” explained how Fox News contributor and conservative talking head Tomi Lahren is herself a so-called “crisis actor.”

“Crisis actor exposed,” the video reads. “Right now, a mainstream media organization is paying a young person to pose as a victim on TV.”

“In fact, this victim is being coached to recite highly scripted talking points,” it adds.

The video ends with a demand to pull Lahren off-air.

Victims of the Parkland massacre on Feb. 14 have been inundated with internet conspiracy theories claiming they’re “crisis actors” working to push an anti-gun platform—a bogus allegation even peddled by some Florida officials. A board member in Lake County, Florida wrote an extended Facebook post asserting Hogg “is an imposter and quick background would expose him.” That board member later said he was duped by the online conspiracy.

Wednesday, a Republican Florida politician was fired after claiming students David Hogg and Emma Gonzalez are “actors that travel to various crisis when they happen.”

Last week, a very real survivor of the Parkland massacre slammed Lahren for accusing “the Left” of using the shooting to push “their anti-gun and anti-gunowner [sic] agenda.”

“A gun has killed 17 of my fellow classmates,” senior Kyra Parrow wrote on Twitter. “A gun has traumatized my friends. My entire school, traumatized from this tragedy. This could have been prevented. Please STFU Tomi.”

Watch the video below, via @TheDailyShow/Twitter: