‘My daughter had rights — they’ve all been terminated’: Parkland dad destroys obsession with 2nd Amendment 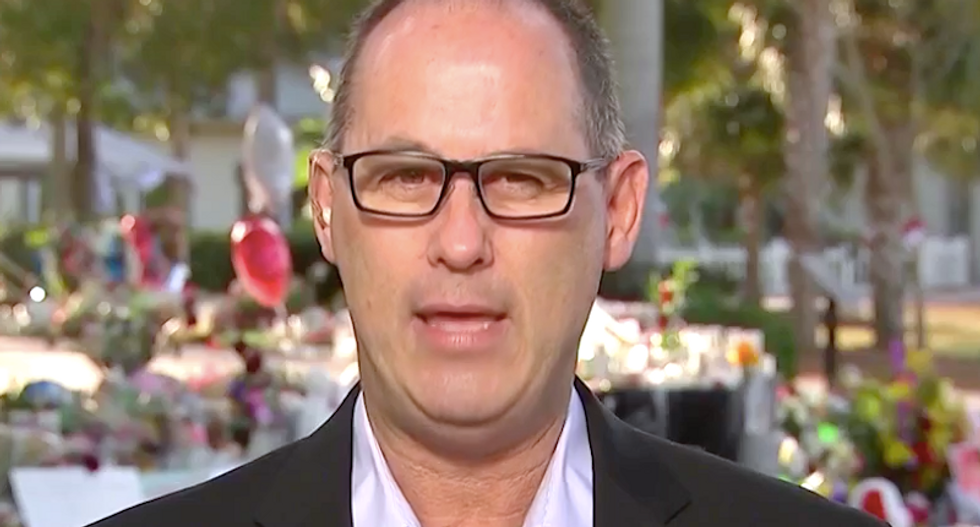 A grieving father who emotionally confronted Sen. Marco Rubio (R-FL) about gun safety said his daughter's rights were "terminated" by a gunman wielding a weapon of war at a Florida school.

Fred Guttenberg, whose 14-year-old daughter Jamie was gunned down last week at Douglas High School in Parkland, told MSNBC's "Morning Joe" that the NRA's broad interpretation of the Second Amendment should not override other basic civil rights.

"I wanted my kid to live out all of her rights," Guttenberg added. "I sent my son out to go shooting with his grandfather about a month ago. I have no issue with any of that, but we shouldn't put in place a process that makes it so easy through some bastardized interpretation to get these weapons. I'm sorry, to the core of my being, I just can't agree."

Guttenberg said "somebody needs to be fired" by the FBI for failing to investigate a tip about the alleged gunman who killed 17 students and teachers last week, but he said gun laws should be changed to restrict access to the most deadly weapons.

"Unlike in past shootings, these kids are at an age where they can verbalize and fight -- and this shooting was caught on video, the cell phones came out," he said. "You can't hide from what happened, and because of that and the fight in these kids and fight in me, I have hope. I think this time was different, and I think we're going to get something done."

"It may not happen tomorrow," Guttenberg added. "It should, but it's going to happen."