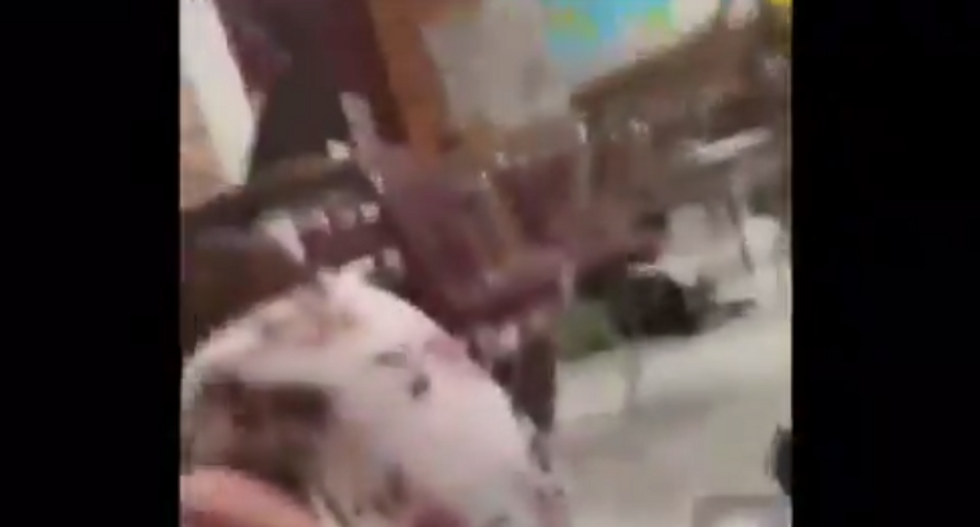 CBS Evening News on Wednesday aired disturbing footage from inside Marjory Stoneman Douglas High, as shots rang out in the school building,

JUST IN (warning, disturbing video): Cell phone video inside the school as shots were going off at Marjory Stoneman Douglas High https://t.co/wHWo6XjccX pic.twitter.com/3ovf5LhzBs