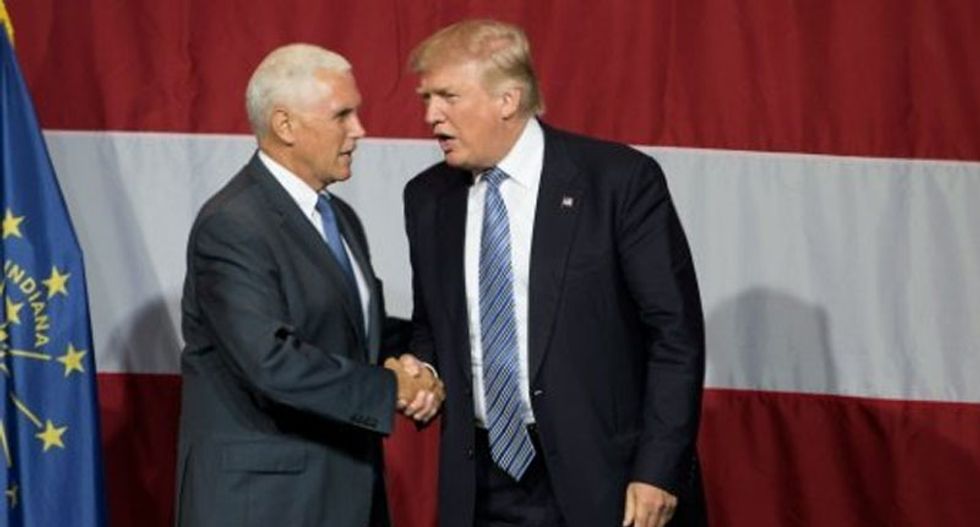 Pence has insisted he was out of the loop for the various scandals that have engulfed the administration -- from former national security adviser Mike Flynn's sudden fall from grace to staff secretary Rob Porter's alleged domestic assault -- but the "Morning Joe" host said the vice president's excuses are ringing hollow.

"It's also problematic for him to say he did not know that one of the people that was closest to the president of the United States that he couldn't get a clearance," Scarborough added, "that the FBI had warned the White House about him, that Don McGahn knew for a year, that the chief of staff knew for a year. At some point this pleading ignorance just strains credulity. I don't know how you run the transition and don't know what everyone else on the transition team knows, and how you're vice president of the United States and always left in the dark."

"The vice president president is not speaking the truth about what he knows in these instances and trying to limit his downside vulnerability and exposure on some issues of controversy," Heilemann said. "The broader thing, of course, here is like almost everybody else, the one thing he has in common with Gen. (John) Kelly and others is, someone has a documentary out now called 'Everything Trump Touches Dies,' and it seems as though, again, everyone who is associated themselves with Donald Trump is in a worse position reputationally than the day they met him -- and that's true of Vice President Pence."