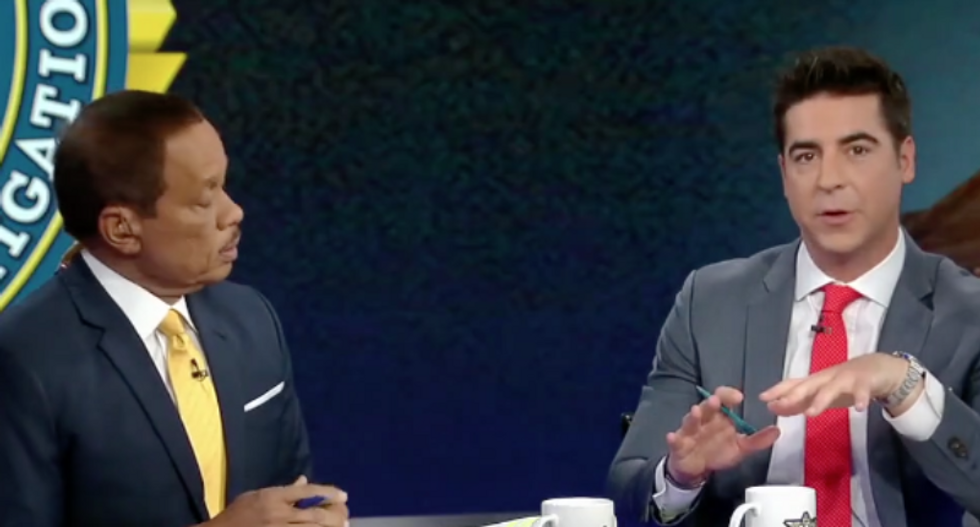 When trying to rebut a Panamanian-American colleague, Fox News host Jesse Watters attempted to compare the supposedly biased FBI agents at the heart of the House Intelligence Committee memo and racist police officers.

President Donald Trump, Watters said, is not trying to "undermine" the FBI as political analyst Juan Williams suggested. The president himself, it should be noted, has reportedly been touting the memo as the beginning of the end of Mueller's probe.

"You're on such weak ground," Williams said. "I understand why you wanna do some kind of personal attack on me, but if I talk about police in the streets in black communities, I'm not talking about the FBI looking at our politicians."

"If there is a biased cop patrolling a black neighborhood that doesn't like black people, wouldn't you suspect that black cop?" Watters mused, apparently mixing up the race of the subject of his analogy with the race of the theoretical police officer. "If there is a biased FBI agent that doesn't like Donald Trump and he is overseeing the investigation, wouldn't you question that too?"