‘It grieves me to say it’: Morning Joe condemns John Kelly as just another ‘Trump sycophant’ 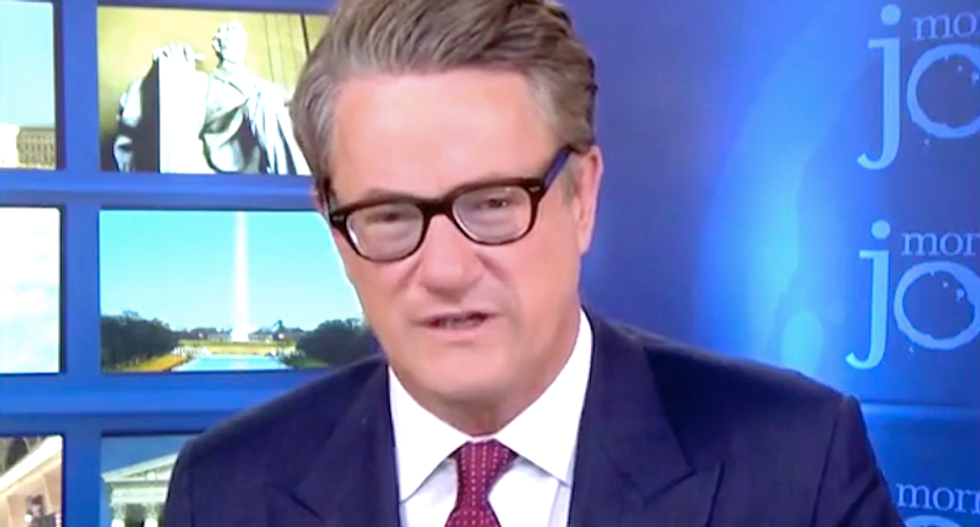 The "Morning Joe" host said Kelly, a retired U.S. Marine Corps general, and House Speaker Paul Ryan had shredded their reputations in service of the president and his efforts to undermine the investigations into his Russia ties.

"Unfortunately, we can't trust Paul Ryan, and now it grieves me to say it, but Gen. Kelly, a man who has dedicated so much of his life to this country and has given so much to this country," Scarborough said. "We can't trust either one of these men to do the right thing."

Kelly called for the release of a memo prepared by House Intelligence Committee Chairman Devin Nunes (R-CA) the FBI has called purposefully misleading and a danger to national security, but Trump and his GOP allies believe will justify ending the Department of Justice probe.

"You have the Republicans constantly coming at all of us, coming at anybody who dares to try to hold this president accountable, with conspiracy theories, outright lies, loyalty oaths -- we saw again, another loyalty oath, this time to (deputy attorney general) Rod Rosenstein, the very man in charge of the investigation of the president," Scarborough said.

Republicans have called to investigate the FBI to justify Trump complaints about the probe into possible Russian collusion during the election, and Scarborough said the GOP is helping the president gather autocratic powers.

Scarborough said the president had asked for an assurance of loyalty from FBI director James Comey and deputy FBI director Andrew McCabe, and pushed out both officials when they refused.

"The other one that's fascinating, (FBI agent) Peter Strzok, who has been put at the center of this deep-state conspiracy theory by Trump sycophants and mouth-breathers on TV, they come up, Devin Nunes comes up with a different conspiracy theory it seems, every time Donald Trump gets in big trouble," Scarborough said.

Trump and his allies on Capitol Hill and on Fox News say text messages sent by Strzok to another FBI agent prove a conspiracy to take down the president -- but a new report seriously undercut those claims.

"We learned yesterday that Peter Strzok supported reopening the investigation helped draft the crucial Comey letter to Congress that ended Hillary Clinton's campaign," Scarborough said. "Historians will look back -- they will say it wasn't Russia that elected Donald Trump, and it wasn't this, it wasn't that -- it was that Comey letter that did more to defeat Hillary Clinton than anything else. Peter Strzok, who is supposedly in the middle of this great, Harry Potter-like secret society, deep state conspiracy -- he supported that and helped draft the letter that effectively ended Hillary Clinton's presidential campaign."