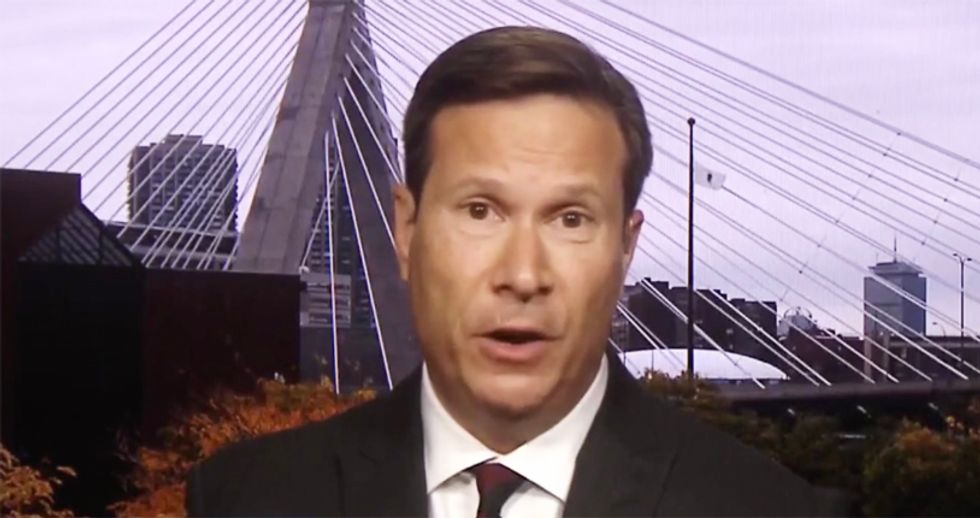 Appearing on AM Joy, the former Assistant Director for Counterintelligence at the FBI said the widely derided memo issued by Rep. Devin Nunes (R-CA) on Friday looks like a desperate attempt to derail special counsel Robert Mueller out of fear of where his investigation is going.

Speaking with host Joy Reid, ex-FBI man Frank Figliuzzi said he pored over the memo prepared by Republicans and found it sadly lacking.

"You have to go backwards," he continued. "Something about that Carter Page wiretap. In the header and the footer of the memo page released, that are clearly redacted and crossed out, they state 'top secret'. This isn't being talked about a lot, but the average FISA affidavit, the underlying document -- the average one is classified at the 'secret' level. This memo is top secret, which means it was derived from TS information."

.@FRANKFIGLIUZZI1: “What I’m smelling here is fear.. There is some significance to the fact that this #memo was originally top secret and that’s generating the fear we see in the people calling for the dismissal of #RobertMueller” #AMJoy pic.twitter.com/9miSeV8Az2