Jimmy Kimmel zings Omarosa: ‘She’s trapped in a house with a bunch of reality TV stars-- just like Melania’ 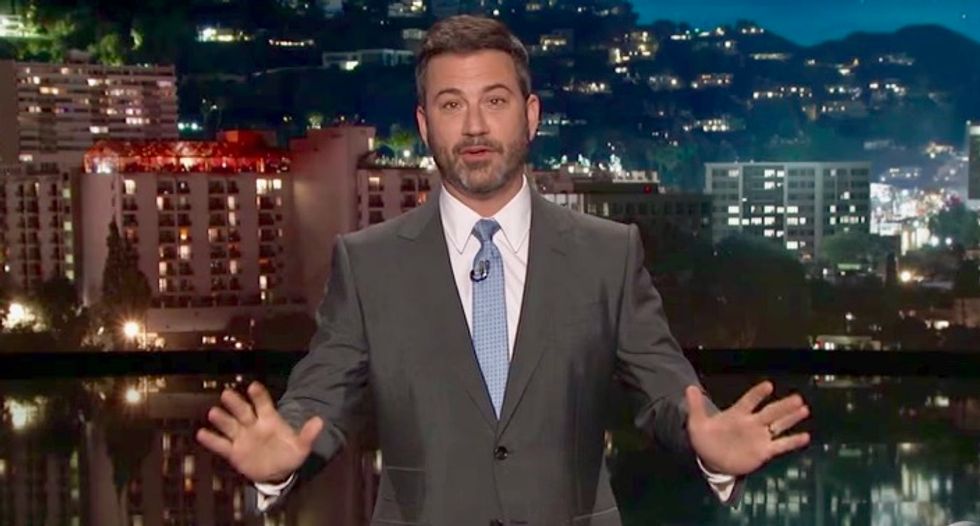 Jimmy Kimmel thinks that President Donald Trump isn't exactly glued to the Olympics like the rest of the world. Instead, the late-night comedian thinks Trump is watching Omarosa on "Celebrity Big Brother."

“That’s right, Omarosa is trapped in a house with a bunch of reality TV stars, just like Melania,” Kimmel only half-joked.

Another week continues in the Big Brother house, and Omarosa Manigault is taking her drama to the next level. After saying Omarosa spent her first week crying, Kimmel explained that the former White House staffer turned to Vice President Mike Pence.

“As bad as y’all think Trump is, you would be worried about Pence,” Omarosa said Monday night. “Everybody that’s wishing for impeachment might want to reconsider their life. We would be begging for days of Trump if Pence became president, that’s all I’m saying. He’s extreme.”

She went on to say that she's a Christian, "I love Jesus, but he thinks Jesus tells him to say things. I’m like, ‘Jesus didn’t say that.’”

“You think maybe Jesus is playing a prank on Mike Pence or something?” Kimmel joked. “‘Mike, this is Jesus, go out and tell everyone you call your wife mother.’”

But Kimmel wandered how much Omarosa actually knows, given that no one could figure out what her job was in the White House.

“I feel like it’s possible she got about as much inside information about what goes on at the White House as a class of elementary school kids do on the White House tour,” he said.

Watch below via the Daily Beast: "Remini was well aware that she was being followed by private investigators in unmarked cars around New York that December," reported Tony Ortega. "She told me as much at the time, and by March 2018 the two of us had figured out that Greene was the one following her in a silver van with Texas plates, and according to Remini had nearly caused Remini's driver to have a collision."

The Illinois Republican took a shot at Rep. Paul Gosar (R-AZ) for spreading conspiracy theories about the Jan. 6 insurrection, which Russian president Vladimir Putin also pushed, and the "Morning Joe" host lamented that those false narratives had a disorienting effect on many of his friends and relatives.

In particular, Haberman said that Trump and his allies came to grips with this fact while watching President Joe Biden meet with Russian President Vladimir Putin in Switzerland this week.

Putin and Biden won't be friends but see path together

US Congress votes to make Juneteenth, end of slavery, a holiday