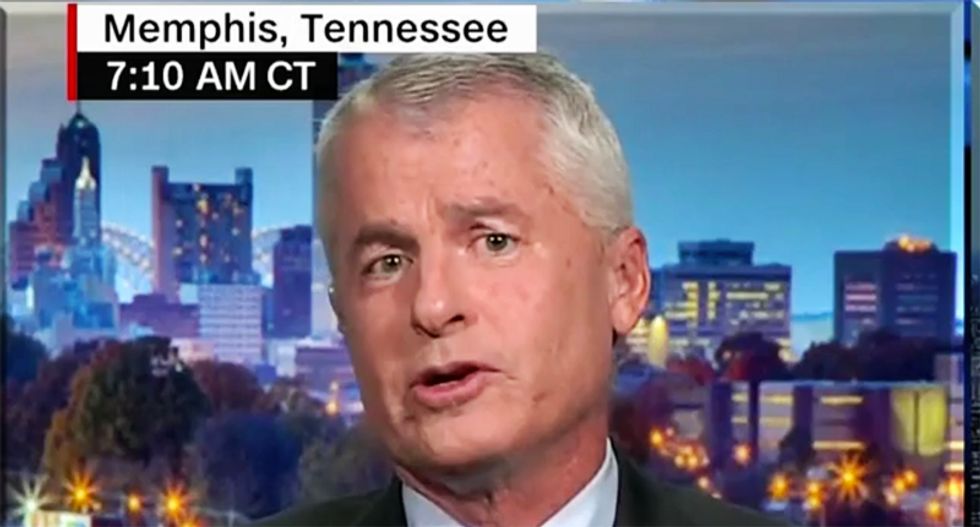 According to former CIA officer, turned CNN pundit, Phil Mudd, President Donald Trump only hired attorney Joe DiGenova to go on television and rile up his conspiracy-loving base, and not for his legal expertise.

Appearing on CNN's New Day with hosts John Berman and Erica Hill, Mudd scoffed at Trump's move of bringing on DiGenova, who was a regular cable TV fixture when conservative activists worked with GOP lawmakers to bring down President Bill Clinton with a variety of conspiracy theories.

Sharing a clip of the attorney accusing the Clinton campaign of planting the seeds of Russian collusion before the election in an effort to undermine Trump should he beat the former Secretary of State, host Hill pressed Mudd to explain what DiGenova brings to the president's defense team table.

"Phil Mudd, he's lashed out at the FBI, the Department of Justice, talked about this conspiracy," Berman explained. "This is the man Donald Trump has brought on who can go out there and be a fire for him. what's the impact there?" the CNN host asked.

"This guy is going to be on TV talking about this, all the time," he added. "Look, the other thing is I think this is more about what happens after the investigation. If you get further indictments of people in the Oval Office, this guy is going to be on two minutes later saying, 'I told you there is a conspiracy against the White House, I see it now and now and  we have to take action to stop the conspiracy.'  He's all about TV and the after-action."

CNN correspondent Chris Cillizza then jumped in to add his two cents.

"I think a lot of what's happening here, particularly over the last 96 hours it's sped up, is Donald Trump getting ready for what comes next, that it is unlikely that this investigation sort of ends," Cillizza explained. "A lot of what you see, the smearing of Mueller, the attempted smearing of Mueller, DiGenova coming out, it's prepping for something is going to happen and no one knows what that something is."

"The Mueller investigation is going to conclude," he warned. "And it likely not going to look great for the Trump administration."