'Douchenge': Rick Wilson cracks up CNN panel by mocking Trump's attempt to 'woo Ann Coulter back to his loving arms' 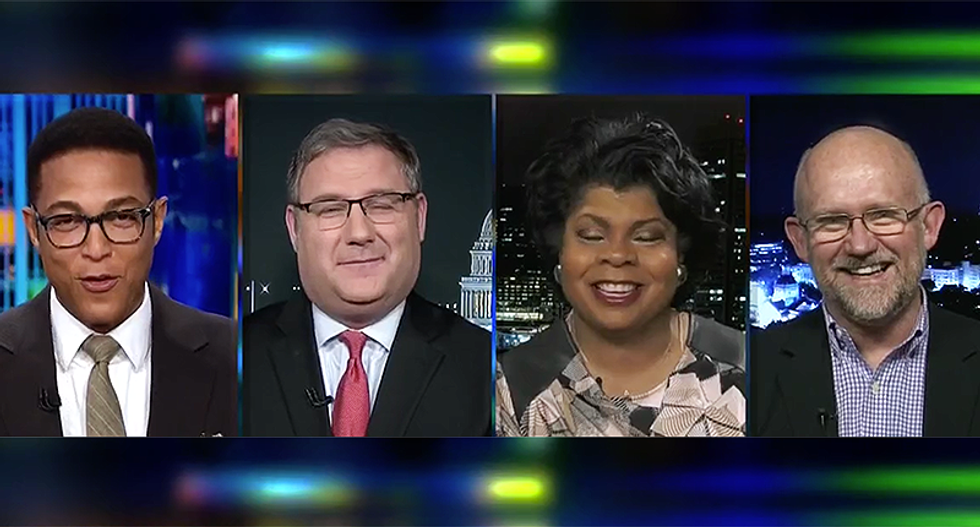 In a hilarious late-night CNN panel, Republican commentator Rick Wilson lead the political panel into laughter as the experts mocked President Donald Trump for his recent lie about the U.S./Mexico border wall being erected.

An earlier devolved into absolute chaos when Trump ally Stephen Moore tried to blame the Democrats for not giving Trump the money to build his wall that he claimed he was already building. Wilson, however, took that to a whole new level.

"The fundamental promise is 'I will keep the brown people away from you,'" Wilson said about Trump's "wall" promise. "The modality is 'I will build a wall. Mexico will pay for it.' There is no wall. There is no funding for a wall. He's got these four pieces of concrete, sample sections in California, which I call 'Douchenge.' It's a symbol for these people, these suckers that believe the wall is real."

He claimed that some are seeing photos of the prototypes claiming the wall is nearly finished being built.

"'It's there!' This is an alternate reality bubble," Wilson continued. "This is a key promise to his base. This is something he can't walk away from. The desperation of that made me feel like he is trying to woo Ann Coulter back into his loving arms.' It was an astounding weak moment from a guy. He's so loose with the truth to begin with ,that it seems pathetic almost today."

All host Don Lemon could do is laugh and fan himself with his cue card.

Watch the hilarity unfold below: