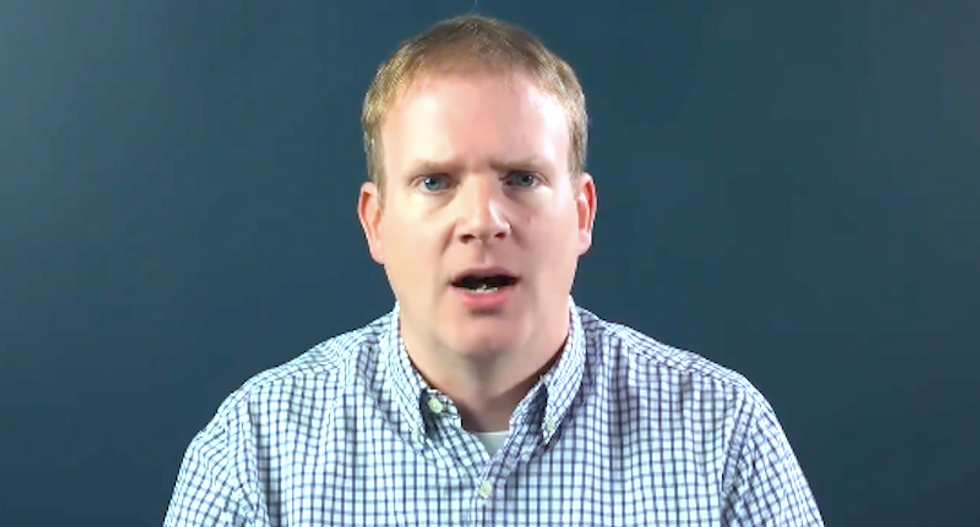 A Kentucky Republican candidate tweeted that he would like to use a Democratic congressman for target practice.

Carl Nett, a former U.S. Secret Service agent and CIA contractor who is running for Kentucky secretary of state, responded to a tweet from Rep. John Yarmuth (D-KY) boasting about his "F" grade from the National Rifle Association, reported the Courier Journal.

The Louisville Democrat asked colleagues to join him in wearing a button displaying the designation as a lapel pin until "the GOP finally stands up to the gun lobby and helps us pass common-sense gun safety legislation. Find me to get a pin."

Nett urged the lawmaker to adjust the pin to provide a better target for him.

"Move it over just a bit," Nett tweeted. "I was trained center mass."

The GOP candidate later deleted the tweet and then climbed aboard his high horse.

"Friends, I protected Barack Obama, John Kerry, John Edwards, Joe Biden, Hillary Clinton, and Bill Clinton," Nett later tweeted. "I voted for none of them. I would have DIED for any of them. My oath is to the Constitution. ALL politicians should keep that oath, first and foremost."

A Yarmuth spokesman told the newspaper the tweet was reported to Capitol Police, saying lawmakers must be hyper-vigilant after the shooting of Rep. Steve Scalise (R-LA) last summer.

A spokesman for the state GOP said the tweet was "inappropriate," even if it was intended in jest, and Louisville mayoral candidate Angela Leet also distanced herself from her former campaign spokesman.

"Mr. Nett was never on staff for the campaign — he volunteered before staff was hired," Leet said. "He has not been involved since deciding to run for office. We do not condone threats or violence."