‘Where is Mark Zuckerberg?’ Reporter nails Facebook for data ‘scandal’ that helped deliver Trump and Brexit 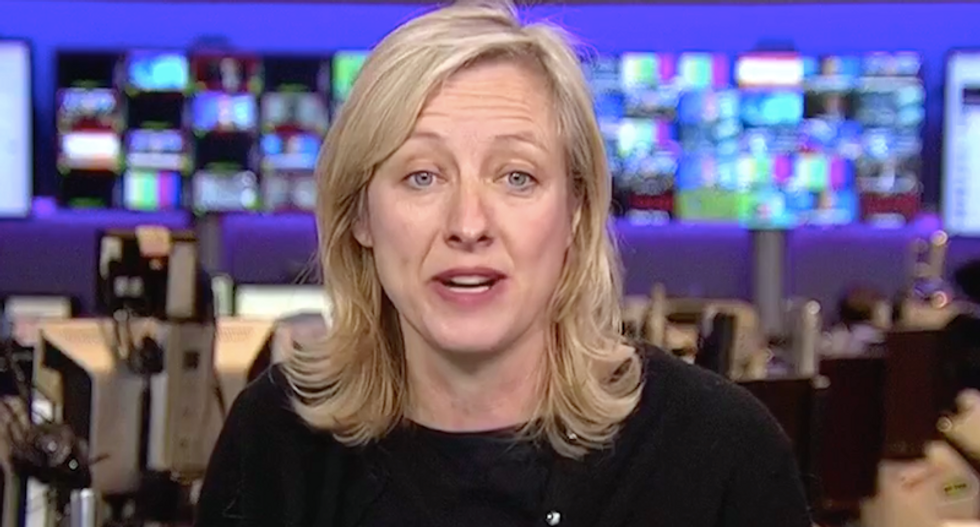 British journalist Carol Cadwalladr has been sounding the alarm on Facebook and Cambridge Analytica for more than a year, and her investigative work helped reveal a massive data breach exploited by the Trump campaign.

The company was founded on a Facebook data breach that exposed personal information belonging to about 50 million users, although the social media giant denied the incident until a whistleblower told his story.

"They knew about the data breach two years ago, that 50 million people's personal information was being used to politically target them," Cadwalladr told MSNBC's "Morning Joe."

The reporter said Facebook tried to block publications and broadcasts about the data breach, and she said that showed just how damaging the revelations were to the social media company.

"What there is to see her is a multibillion-dollar Silicon Valley company which allowed this vast, vast trove of personal information to be harvested and used in ways people can't see and don't understand," Cadwalladr said. "That, to me, is the heart of this story, at the moment. Where is Mark Zuckerberg? That's what everybody wants to know."

Facebook executives were questioned by U.S. lawmakers and by British members of parliament about the role their service played in the 2016 presidential campaign and the "Brexit" vote that same year -- and they denied the data breach that has now been confirmed.

"They were asked direct questions, does Cambridge Analytica have Facebook data?" Cadwalladr said. "They said no, and that is a huge scandal, and I think they need to step up and start answering questions now."

Cadwalladr said Facebook had sent its general counsel to answer questions before elected officials in the U.S. and Britain, but she said the new reporting should compel Zuckerberg to testify himself.

"They fielded an executive, and he was able to sort of weasel out of giving straight answers," she said. "They've had their chance, but time is up and they really need to -- Mark Zuckerberg needs to show leadership, frankly, and acknowledge the fact that his platform -- Robert Mueller has said his platform was an arena for information warfare."

A grandmother who broke into the United States Capitol building on January 6th now says she's "horrified" by the violence that took place there as she pleads for a lenient sentence.

Via NBC 4 Washington investigative reporter Scott MacFarlane, an attorney representing 49-year-old Florida resident Anna Morgan-LLoyd says that she now regrets her decision to go into the Capitol building during the riot in a letter sent to a judge.