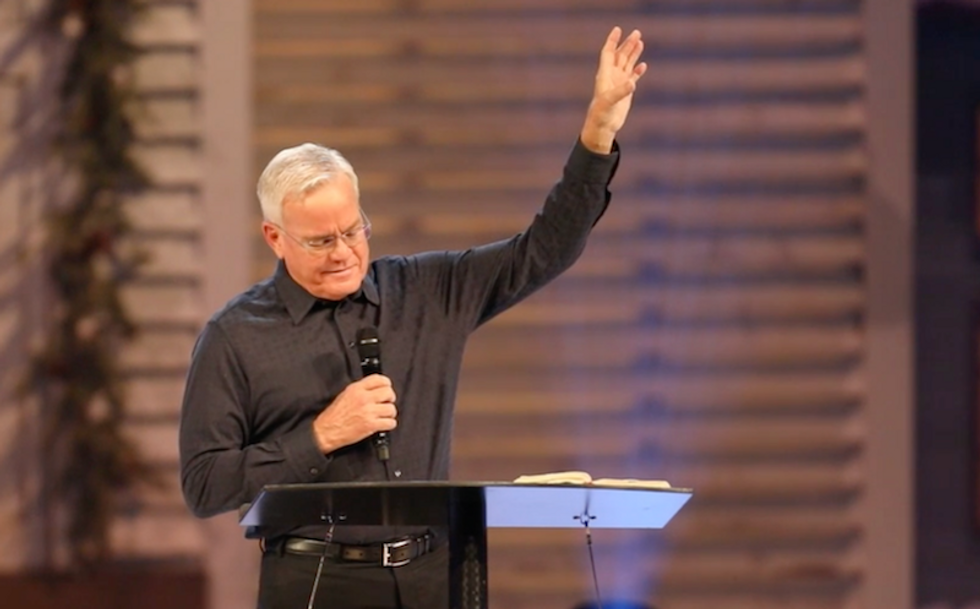 Worshipers at a suburban Chicago megachurch gave a standing ovation to a pastor after he flatly denied reports of his alleged sexual misconduct dating back decades.

The sanctuary was packed Friday night at Willow Creek Community Church as the Rev. Bill Hybels and elders told congregants about the findings from three inquiries conducted by church leaders into the claims, reported the Chicago Tribune.

The newspaper reported on claims that Hybels, who presented himself a Harley-Davidson-riding "cool" youth pastor, elevated women to senior positions, which allowed him to prey on them -- but the pastor paints himself as a victim.

“The accusations you hear in the Tribune are just flat-out lies,” Hybels told congregants.

“I was not afraid to come to this meeting tonight,” he added. “I know the heart of this church. I knew that you would give all of us an even hearing. You wouldn’t rush to judgment. I will do my level best if you allow me to continue to serve here until October when I will retire, -- I’m going to serve my heart out.”

Hybels has said since 2012 that he would retire later this year as pastor of the South Barrington megachurch.

Guest speaker and author Bob Goff wrapped up Hybels in a bear hug during the "family meeting," which brought worshipers to their feet for a standing ovation.

Hybels has been accused of making suggestive comments, giving extended hugs and unwanted kisses, and inviting women to hotel rooms, and one woman claimed she had a lengthy consensual relationship with the pastor -- although she later recanted.

Church elders appointed by Hybels and Willow Creek's administrator conducted three reviews of the claims since they first were reported four years ago.

The nonprofit Willow Creek Association and the humanitarian Compassion International organization criticized the church's handling of the investigations, and at least three leaders of the church-affiliated association resigned in protest.

Church elders hired outside attorney Jeffrey Fowler to re-examine the case and two new allegations, but church officials never notified congregants of the claims or the investigations because they insist Hybels had been cleared.