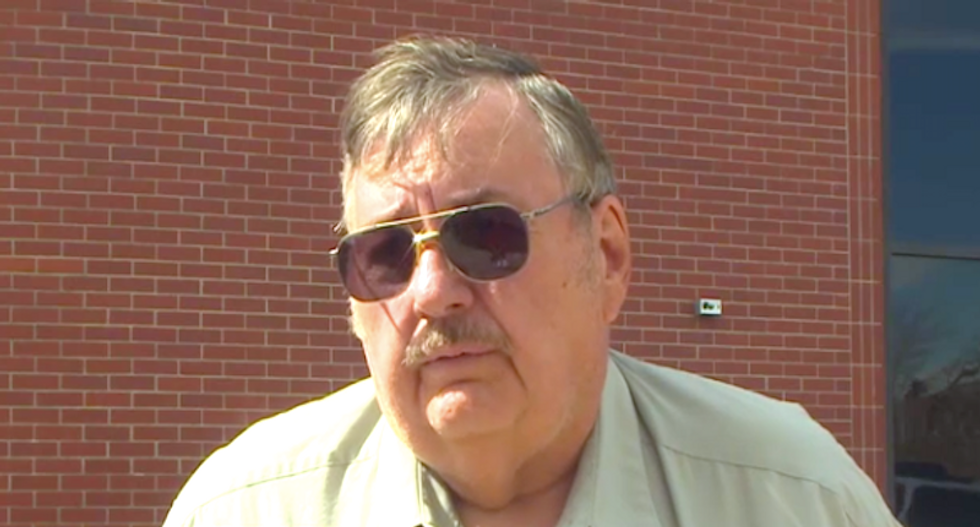 David Kline, who is hoping to unseat Calhan's mayor in Tuesday's election, insisted the Constitution protected his right to call a Hispanic woman a "dirty Mexican" and threaten to shoot uninvited visitors to his property, reported The Gazette.

The 65-year-old Kline lives at a mobile home park in a recreational vehicle that city officials say violates zoning rules, and he frequently rails against law enforcement on social media -- and voters confronted him over his past remarks.

“In just March of last year, you stated, 'Never trust a cop, they are not your friends. As a rule, they are the biggest crooks, not in jail and the largest liars you will ever meet,'" one woman said during a town hall meeting. "How do you propose working with town hall when they are the ones who are going to support you and us?"

He also fantasized about running over women demonstrators as recently as Feb. 11 on his now-deleted Facebook account.

"I hope I can find a bunch of worthless women protesting abortion being made illegal I can drive through," he posted. "Dam (sic) what a rush that would be."

Kline, who got onto the ballot after gathering 10 signatures, insisted he would behave if elected mayor.

Kline was convicted in June 2015 of disorderly conduct after calling a black woman the N-word while waiting in line behind her to pump fuel at a gas station in town, but he assured voters he would not use such language on the job.

"A lot of people don’t believe this or think it’s true, but I have a lot of very close friends who are Mexican and black," Kline said. "If you’re going to let things like that hurt you and destroy you, you’re in trouble."

But he continues to use offensive language as a candidate when describing his objection to former President Barack Obama.

“I thought we had a fairy, so in plain English a f*ggot, a homosexual for a president, which I'm very much against,” Kline said.

The retiree was also cited in 2008 for offensive language and gestures during a road rage incident, when he was accused of punching another driver's vehicle, but those charges were later dismissed.

He told a Hispanic neighbor to "shut your mouth, you dirty Mexican" during a July 2017 confrontation with the town's police chief over an investigation related to the trailer park, and he also profanely ordered a police officer to shut up.

"David Kline is not an unknown person around this town," said incumbent Mayor Cameron Chaussee. "He's got a pretty serious reputation for doing some pretty shady things."