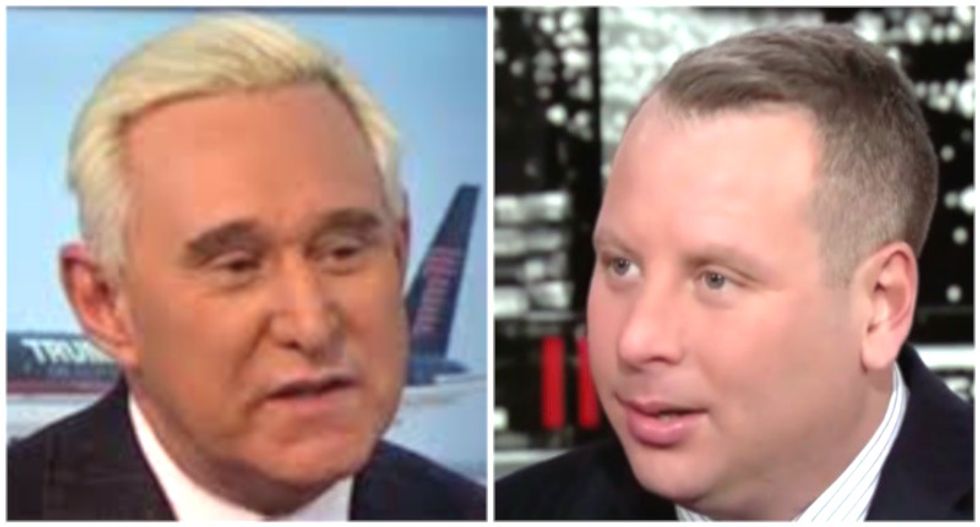 Roger Stone spoke to WikiLeaks founder Julian Assange as early as spring 2016, according to two witnesses in the special counsel probe.

The Republican "dirty trickster" and former Trump campaign adviser told Sam Nunberg and another associate about his contacts with Assange, contradicting their public denials, and both of those associates told Robert Mueller and his investigators, reported the Washington Post.

Nunberg gave an on-the-record interview to the newspaper about his testimony Monday, the same day Republicans on the House Intelligence Committee issued a one-page statement claiming their own probe had found no evidence of Trump-Russia collusion.

The other Stone associate spoke to the Post on the condition of anonymity.

Nunberg, who testified Friday and admitted afterward the Mueller probe was "warranted" because there'e "something there," said Stone told him that he had met with Assange, and he then told the special counsel.

Another associate told Mueller that Stone revealed in spring 2016 that Assange told him that WikiLeaks had obtained emails that would torment top Democrats such as John Podesta, then campaign chairman for Hillary Clinton.

"The conversation occurred before it was publicly known that hackers had obtained the emails of Podesta and of the Democratic National Committee, documents which WikiLeaks released in late July and October," the Post reported. "The U.S. intelligence community later concluded the hackers were working for Russia."

Stone and Assange have denied communicating with one another, and the GOP operative has denied advance knowledge of the WikiLeaks document dumps -- which he sometimes appeared to foreshadow on social media.

He reiterated his denials Monday to the Post, saying his comments to Nunberg were intended as a joke.

“I wish him no ill will, but Sam can manically and persistently call you,” Stone said. “I said, ‘I think I will go to London for the weekend and meet with Julian Assange.’ It was a joke, a throwaway line to get him off the phone. The idea that I would meet with Assange undetected is ridiculous on its face.’"