The View's Sunny Hostin calls BS on Melania Trump's cyber bullying campaign: 'She can't control it in her own home' 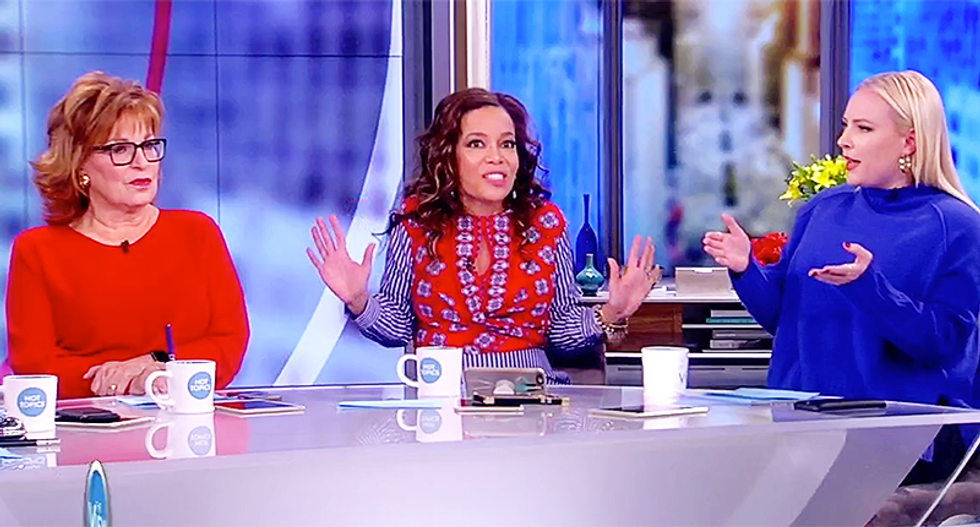 First Lady Melania Trump officially launched her campaign against cyber bullying this week, and the co-hosts of "The View" were torn on whether she's the best spokesperson for that kind of message.

"I don't think the irony is lost on her," argued Sara Haines. "I think she's using her voice specifically for that cause for a reason. If it were my husband, you can't trash him on a show and say, 'You're right, he's such a jerk,' and then go home."

"I don't think she's the right messenger for cyber bullying because she can't seem to control it in her own home," she said.

"Can you control your husband?" Haines replied.

Joy Behar noted immigration is another. As an immigrant Mrs. Trump could speak out for those fearful of speaking for themselves, but with her husband attacking immigrants it puts her in another difficult position.

Meghan McCain argued that the GOP is still the party of family values because so many other members of the party support family values. However, she neglected to address whether those members of the GOP accepting someone like Donald Trump and attempting to label him as a moral Christian leader and the "evangelical president" calls their credibility into question as well.

Hostin wondered why then former Sec. Hillary Clinton is responsible for her husband's behavior.

McCain tried to claim it was because the former first lady was involved in her husband's campaign. It's typical for most wives to be involved in campaigns, as most politicians are expected to share their family with the country. Hostin argued that Melania Trump, who also defended her husband against his accusers, is only the first lady and only has a platform due to her husband being the president. Thus, she too became a public official.

"I just want people to cut her some slack because she's probably having a really rough time right now," McCain said. However, when the same moment came for Hillary Clinton, the GOP didn't cut her any slack.