WATCH: Rick Santorum get righteously owned by Stephen Colbert for whining about Parkland teens demanding the government protect them 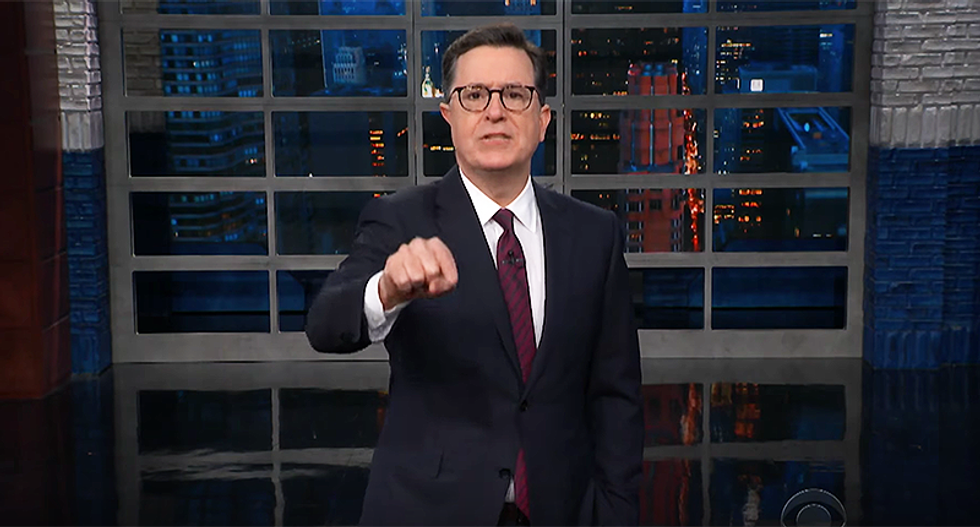 During a wrap-up of the "March for Our Lives" over the weekend, "Late Show" host Stephen Colbert couldn't help but note that former Sen. Rick Santorum (R-PA) went another route than celebrating young people getting involved in politics.

Referring to him as the "robot in the Hall of Never Going To Be Presidents," Colbert replayed the clip of Santorum saying that young people should quit demanding action on guns and learn CPR instead.

"How about kids instead of looking to someone else to solve their problem, do something about maybe taking CPR classes or trying to deal with situations that where there is a responsibility,” Santorum lectured the teens.

"Yeah, kids!" Colbert mocked. "Stop asking your government to address your needs! Remember what the bill from 'Schoolhouse Rock' says, 'You're on your own, suckers!'"

Colbert wondered why they should stop at CPR classes. "Kids should learn blacksmithing so in case of an emergency they can forge their own rifle. 'Oh, when this thing cools off, you're in big trouble, mister!'"

He also brought up student Sam Fuentes, who spoke eloquently during the rally Saturday before throwing up on stage. "I just threw up on international television," she said before continuing her moving speech. "And it feels great!"

"Good for you! Give it up for Sam!" Colbert applauded. "Yes! You go, girl! That is fantastic! That is honest, because I have felt like throwing up on international television for the last year and a half and I haven't had the courage yet."