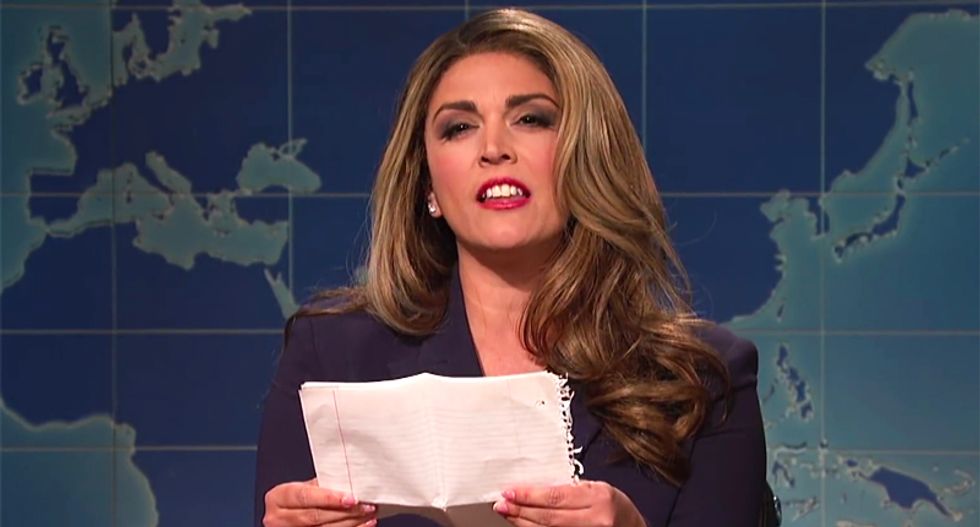 SNL gave departing White House aide Hope Hicks the giddy college girl treatment on Saturday night, portraying her as an airhead giving a valedictory farewell to the "bad boys" and her "BFF's" in White House.

Appearing on 'Weekend Update,' cast member Cecily Strong, tossed her hair and over-emoted as Hicks, saying, "I really am going to miss all my friends from my semester abroad at the White House."

Reading from a speech written on rumpled notepaper, Hicks proclaimed, "To Donny, I'll always be your 'Hopey,' because that is what you called me when you needed help when your red tie touched the toilet water."

She reminded "Donny" about their 'little inside joke" about the Russians, saying a Trump Tower meeting attended by his son, Don Jr. with the Russians was about "Russian adoption" - delivered with a wink.