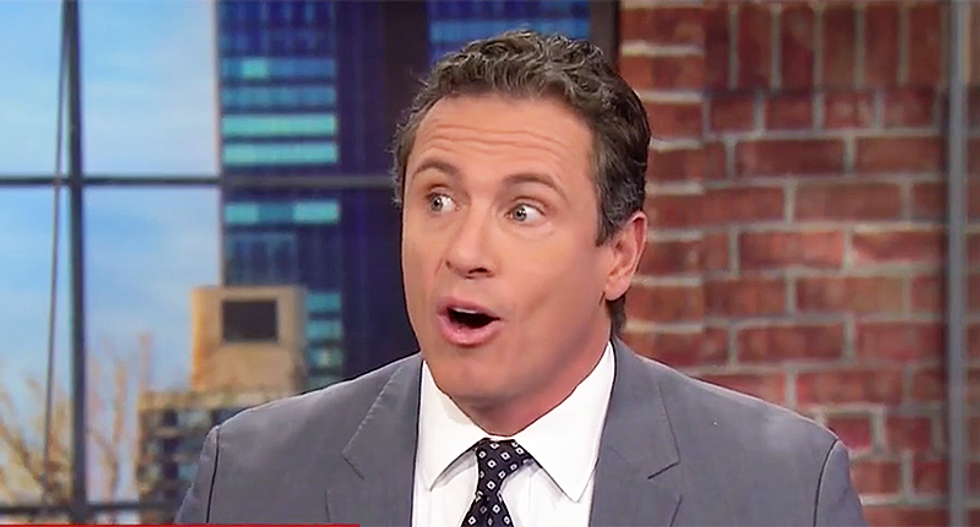 On CNN Thursday morning, "New Day" host Chris Cuomo took some subtle shots at MSNBC's Joe Scarborough, saying he never received the same amount of criticism as Fox News personality Sean Hannity back when he was known as the "Trump whisperer" and unofficial adviser to President Donald Trump.

“What is Sean Hannity?” Stelter asked. “Is he a newsman — he says no — an opinion guy? Is he the president’s shadow chief of staff? I thought the Washington Post’s reporting was so so interesting because it really portrays this television host as someone who should be in the White House organizational chart. Someone who essentially has a desk at the White House.”

“Full disclosure, 'Morning Joe' is opposite us for MSNBC in the morning,” host Cuomo jumped in. “How is this different than Morning Joe?”

“Remember in the days of the glow, when Joe and Mika spoke to Trump all the time, they had him on, discussed what questions to talk about in the break. They were the Trump whisperers,” Cumo recalled before saying it was all about access to the president -- and thus ratings.

“I was watching the headlines closely, because I believed it worked against us here,” Cuomo continued. “Because we didn’t have that kind of access because we weren’t all ‘mwah mwah mwah’ with Donald Trump all the time.”

“And now it’s suiting them [Morning Joe] to do the opposite,” Cuomo accused added, “And that hasn’t been called out either.”