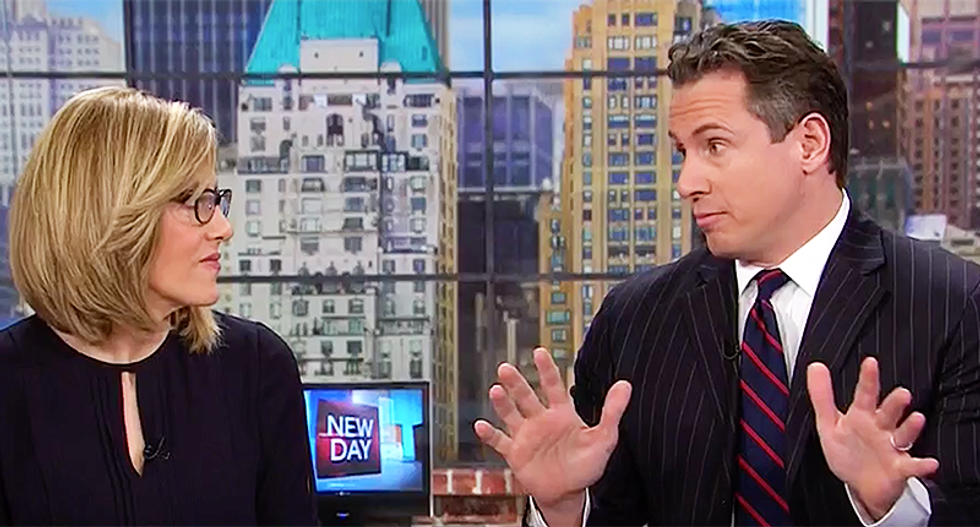 The White House was caught in an epic flub when they accused United Nations Ambassador Nikki Haley of jumping the gun on an agreed-upon policy of Russian sanctions.

White House economic adviser Larry Kudlow asserted that Haley was “ahead of the curve” on her announcement of Russia sanctions. In reality, the White House had outlined the sanctions policy and made a final decision. When Trump began to back down, it confirmed he was losing resolve.

“There might have been some momentary confusion about that,” Kudlow told CNN’s Jeff Zeleney earlier Tuesday about the sanctions Haley announced Sunday night on CBS’ Face the Nation. “But if you talk with Steve Mnuchin at Treasury and so forth, he will tell you the same thing — they’re in charge of this — we have had sanctions. Additional sanctions are under consideration but not implemented.”

Haley released a statement smacking down Kudlow. “With all due respect, I don’t get confused,” she said.

Kudlow was forced to apologize.

"These had been planned, and then the president blew up," said Daily Beast editor John Avlon. "Maybe he felt we had pushed Russia too far. So, it speaks not only to that deeper divide, but why the president really wants to pull a punch when it comes to Russia."

In a second segment, discussing Trump derailing the positive news with a tweet about Stormey Daniels, political commentator Chris Cillizza agreed that the strategy of the White House "seems to be that there is no strategy."

“He does [these things] because it occurs to him to do them,” Cillizza said.

Host Chris Cuomo explained that Haley was only parroting talking points that were put out by the White House and the Republican National Committee. "So, it's more than bumbling, he said. "I mean, this was -- they had a plan. Nikki Haley telegraphed that plan and Donald Trump changed the plan. She basically says, 'You know what, I'm not going to be run over by this bus. I will let everybody know I was doing the right thing."

Cillizza explained that this was the reason that Haley was booked to speak on the Sunday morning news talkshows.

"That was not accidental -- to roll this out -- at least in part to talk about this," he continued. "Something changed. My strong sense is that Donald Trump changed it. He was not thrilled that the U.S. expelled 60 diplomats. He wanted to watch the Europeans. They did far fewer. He was annoyed with that. When asked if Russia was a friend or foe, he said, 'I don't know. We'll see.' There's something there. Many detractors say he's protecting Russia and you know why, I'm not sure we're there yet."

Watch the commentaries below: