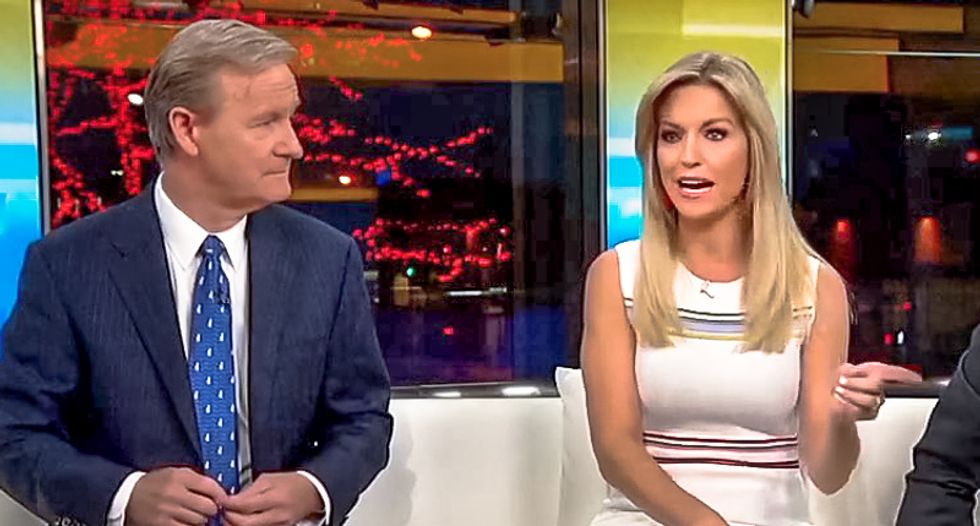 Reacting to a new Washington Post report claiming that President Donald Trump is a "subject" -- but not a "target" -- in special counsel Robert Mueller's probe, "Fox & Friends" co-host Ainsley Earhardt made a broad, sweeping conclusion that this meant the president is in the clear.

As recounted by co-host Brian Kilmeade, Mueller's team this week reportedly told Trump's legal team that the president is not a target of a criminal investigation, although he is being investigated. Earhardt then made a leap in logic to say this must mean Trump is innocent of any wrongdoing.

"He is being investigated, but not a criminal target," she said. "Which, I guess means, hasn't committed a crime."

As former Rep. Jason Chaffetz (R-UT) explained on Fox News Wednesday morning, whether the president is a "target" or a "subject" in the probe is largely a semantic distinction, and the president shouldn't at all feel that he's out of legal jeopardy because of this.

"Of course the president is still highly involved," Chaffetz said. "Whether he uses the word 'target' or not, he is not in the clear. I think Paul Manafort is in deep, deep trouble. I think they are going to continue to look at his patterns and his background and go after him."

Ainsley Earhardt's take on the Washington Post's story: Trump "is being investigated but not a criminal target, which I guess means [he] hasn't committed a crime." pic.twitter.com/iwCmeWvdum