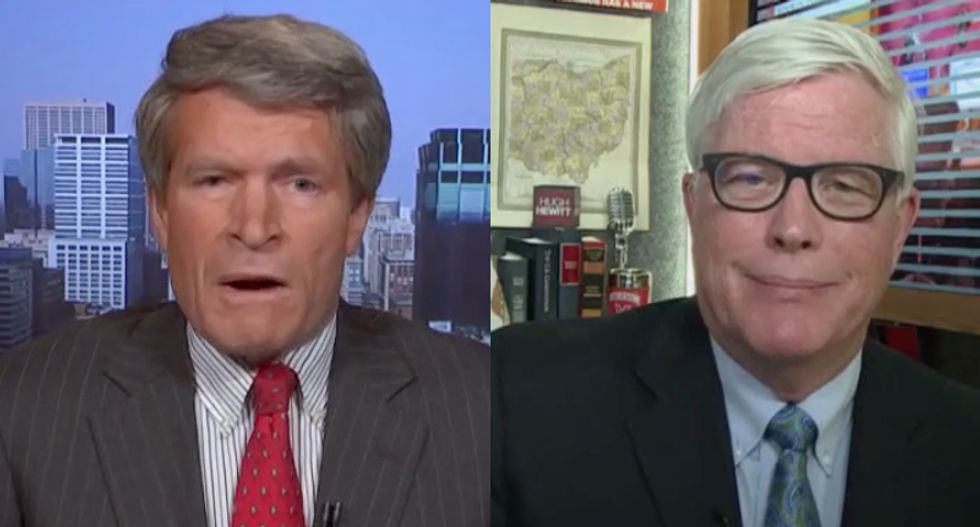 "[Pruitt's actions were] reviewed by the career deputy senior associate general and the ethics official at this agency, for whom I have no knowledge but a great deal of respect," the radio host said. "Mr. Painter doesn't. He's entitled to pass judgment on whoever he wants, but there's a reason he's in Minnesota and not Washington, D.C. that goes to whether you have regard for other professionals work."

"Excuse me!" Painter said, interjecting. "I am fed up of people being attacked in Minnesota, in my state!"

"We are sick and tired of K Street lobbyists who look down on us in Minnesota and say 'this is the reason you're in Minnesota' instead of raking in money in Washington, D.C.," he continued.

"This is corruption," Painter said. "This is why the people of Minnesota and every other state here in flyover country, where you wanna look down on us, we are gonna vote these people out."

"That's disgusting, what you just said about people in Minnesota," he continued, directing his anger at Hewitt as his co-panelist smiled. "That somehow we are here because we don't play by your rules in Washington. We're gonna shut it down!"