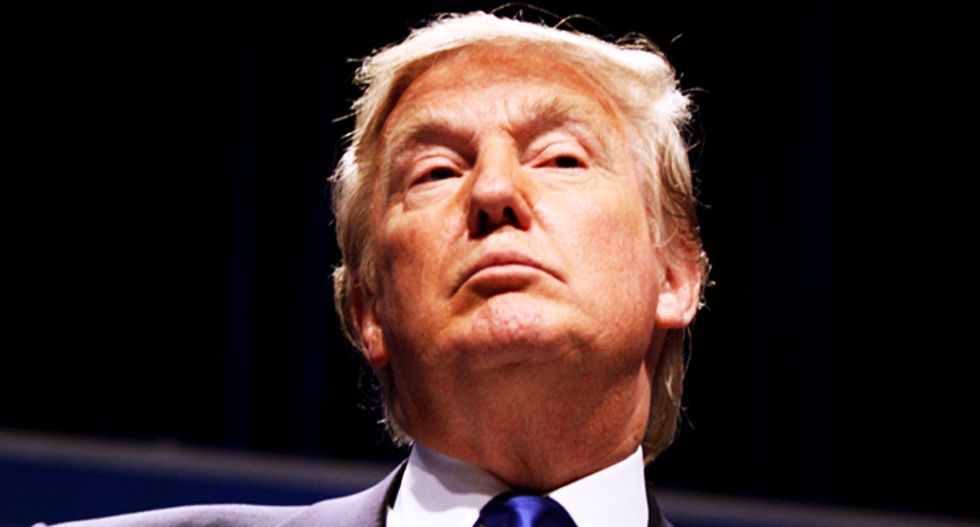 MSNBC analyst Howard Fineman explained the pattern of loyalty being a "one-way superhighway" for Donald Trump, during a Friday appearance on The Beat with Ari Melber.

"A veritable dumpster fire of top Trump campaign officials with serious problems," Melber noted at the beginning of the segment. "The big theme: a staff that may reflect a tone from the top, visible throughout Trump's business career, and this goes back years."

"Howard, do you see an echo in the cabinet's problems and the way Donald Trump actually ran the company that many voters on his side of the aisle saw as a plus in making him president?" Melber asked.

"Well, no doubt," Fineman replied. "This is his whole career pattern."

Fineman suggested President Trump groups people into three categories, but shows loyalty to none of the groups.

"If I can use an analogy, it's the row boat on the lake situation. okay? And who gets in it and who doesn't come back," Fineman said, referring to the famous Lake Tahoe execution scene in The Godfather II. "Those are the dupes, the disloyal, the dumb, and so on. They get in the row boat and get in the lake and don't come back."

"There's another category of people that he has to distance himself from, but that he doesn't completely reject because they may be useful or dangerous to him," he continued. "Right now those are people like Corey Lewandowski or Paul Manafort of Michael Cohen.

"Then there are people that he rejects, makes fun of, and sometimes brings back in a cold-blooded transaction like Rudy Giuliani, who he dismissed and who is now back at his side," Fineman explained of the third category.

"The only people who have stayed in the house and never gone in the row boat right now in this administration, as I take it, are Kellyanne Conway, Roger Stone down in Florida, Brad Parscale, the chairman of the 2020 campaign, and his personal business friends Tom Barrack and Harold Hamm," he concluded.

"That's the pattern with Trump, it's not only a one-way street, it's a one-way superhighway," Fineman added.