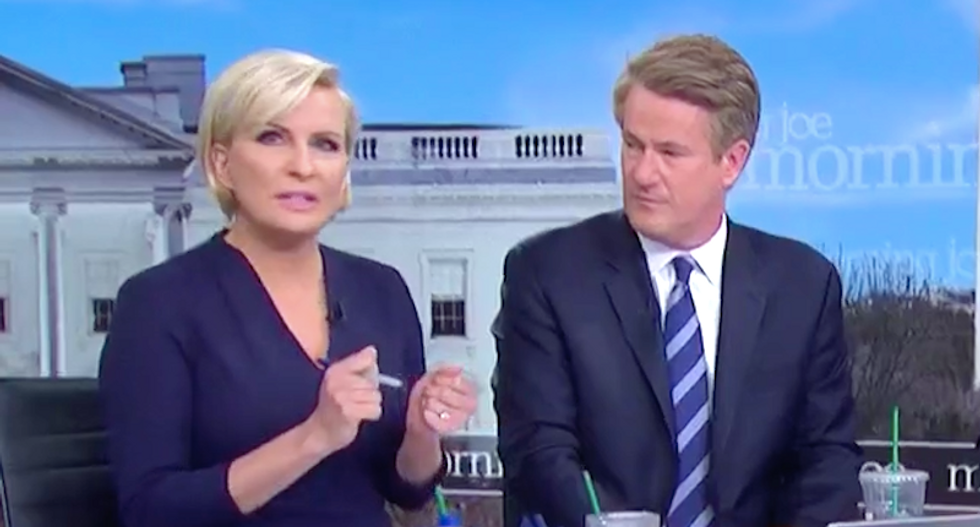 Daniel Drezner, a professor of international politics at the Fletcher School of Law and Diplomacy at Tufts University, told "Morning Joe" that Trump had signaled to media companies such as Sinclair Broadcast Group that he would reward them politically for positive coverage -- and punish them for criticism.

"Don't look at Sinclair as a media company, look at Sinclair as a company that wants to curry favor with the federal government," Drezner said. "Think about when in 2017, when you had companies bragging about opening up factories in the United States -- which they were probably going to do anyway, but crediting Donald Trump with doing that, which allowed him to tweet it out, or think about the announcement of bonuses to workers after the tax bill was passed. Primarily that money went to share buybacks, but it was good PR and it was a win-win arrangement because companies could again curry favor with the Trump White House."

"This is a similar play, where clearly Donald Trump has personalized all policy made in this administration," Drezner said, "which is to say that the way you do well until this administration is to flatter the president. And in some ways he has a far more fragile ego than most of his predecessors, so as a result you have people like Sinclair or other companies doing anything possible to essentially extend an olive branch to the White House and therefore won't stand up for their own principles or the principles of a free press."

Co-host Mika Brzezinski said she understood that Sinclair anchors might need their jobs too badly to take a stand, but she explained that she once took that risk by refusing to read an on-air script about heiress and reality TV star Paris Hilton.

"I do understand the precarious situation that they are in," she said. "I remember ripping up the Paris Hilton script on this show 10 years ago, and I almost got fired for that so -- and that was about pop culture versus news."

Brzezinksi famously refused to read a news report on Hilton and shredded the script after failing to set it on fire with a faulty cigarette lighter, and she urged Sinclair anchors to take a similar stand against even higher stakes.

"But this is about everything we're about," she said. "Right now everything is on the line, so you want to inspire fellow journalists to step up, and I believe that ones that do will last the longest time."