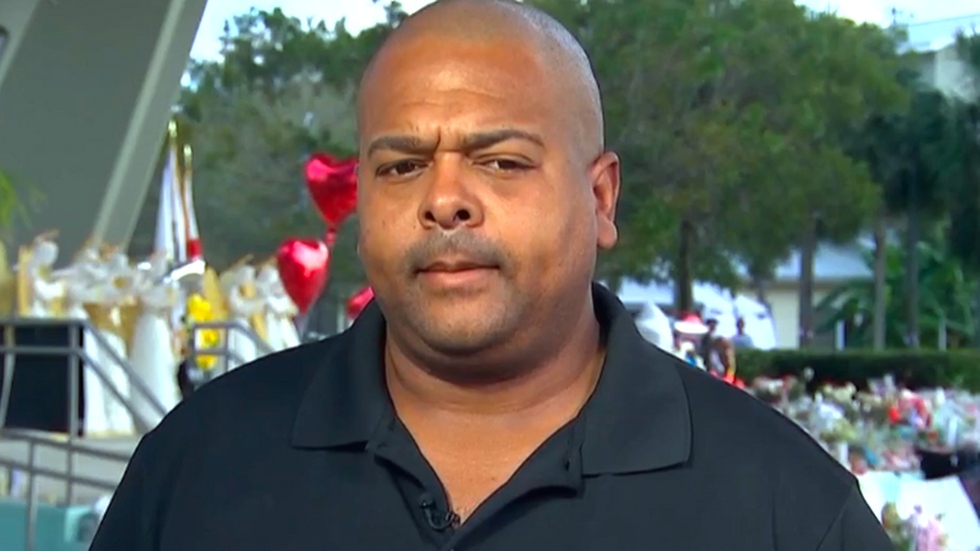 A Parkland, Florida, teacher who volunteered for training to carry a gun in the classroom was arrested after leaving a loaded firearm in a public restroom.

The Broward County Sheriff's Office reported that Simpson accidentally left the gun in the bathroom, and it was already gone by the time he realized his mistake and went back to retrieve the weapon.

Deputies said a drunken homeless man found the gun, which fired when he picked it up.

The bullet struck a wall, and no injuries were reported.

The homeless man was charged with trespassing and firing a weapon while intoxicated.

Simpson was charged with failing to safely store a firearm, a second-degree misdemeanor, and was released from jail after posting $250 bond.

The teacher is not expected to face disciplinary action by the school, where 17 students and educators were killed in a Feb. 14 mass shooting, because carrying a weapon does not violate district policies.

The Broward School Board unanimously rejected Florida's new state program to arm school staff, which was implemented as part of a new law passed after the Parkland massacre.