Rudy Giuliani surfaces to say Cohen raid is no big deal: 'This is the way prosecutors get information' 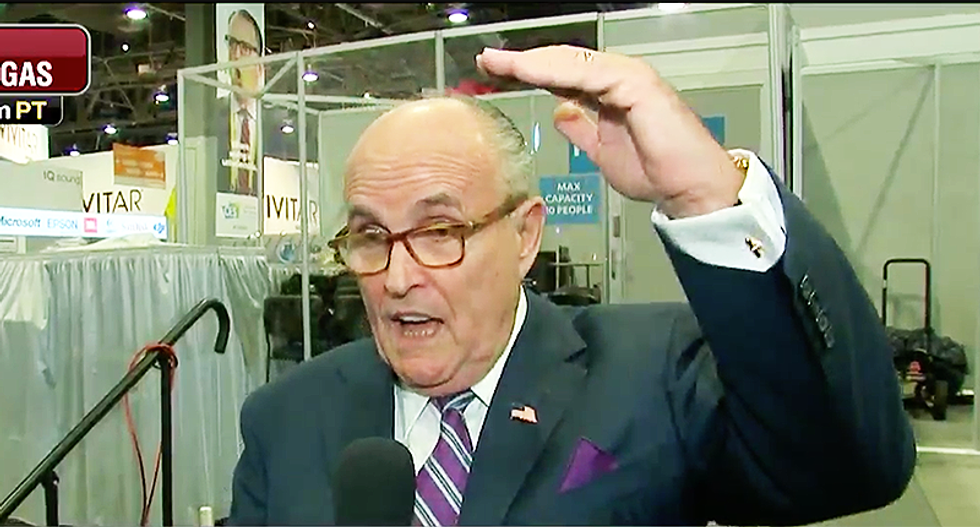 Former New York City mayor Rudy Giuliani has been keeping a low profile in recent months, but he surfaced to comment on a raid conducted by federal investigators against President Donald Trump's longtime attorney.

“Is this surprising? Yes,” said Giuliani, a former U.S. attorney. “Is it extraordinary? No. This is the way prosecutors get information — sometimes to convict and prosecute, sometimes to exculpate.”

The search warrant was executed by the office of the U.S. attorney for the Southern District of New York, which is currently overseen by Giuliani's former law partner Geoffrey Berman -- who donated the maximum $5,400 to Trump's campaign and was nominated to the position by the president.

Giuliani, a friend of Trump and a campaign surrogate, called the Cohen raid "a little heavy-handed," and criticized special counsel Robert Mueller for examining "highly personal issues" as he investigates the president's ties to Russia.

“The only thing that’s happening, perhaps, is that Mueller is trying to compel the president to testify," Giuliani told the newspaper.