'Should have supported Marco': Trump fan Scottie Nell Hughes cries bitter tears after being passed over for job 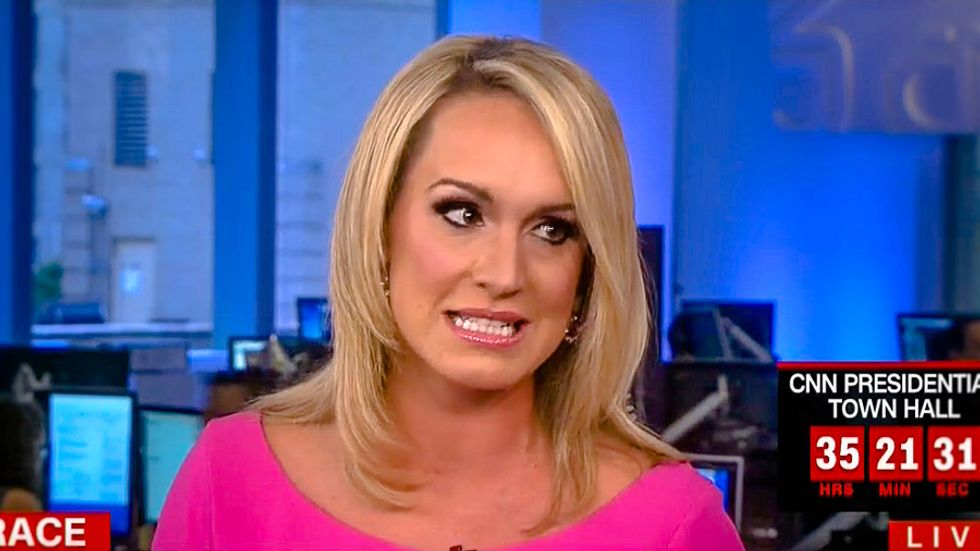 Scottie Nell Hughes, an infamously pro-Trump cable news pundit who regularly raised eyebrows with her defenses of the president during the 2016 presidential election, is now bitter that she has never gotten a job in the White House.

In an interview with McClatchy about diehard Trump supporters who got passed over for plum positions in the Trump administration, Hughes noted the irony that the White House has seemingly hired more establishment figures who backed Trump's rivals in the 2016 GOP primary than the people who were with Trump from the start.

"My big joke is if I wanted a job in the administration I should have supported Marco Rubio or Jeb Bush," she said.

Mark Anthony Jones, the chairman of the Jackson County Republican Party in Missouri, similarly told McClatchy that there's "a general overall disgust" with the way many Trump fans have been left out in the cold, and there's a suspicion that "the swamp has way more control than the president does."

And Trump-backing talk radio host Frankie Lax of Tennessee told McClatchy that he's disappointed the administration has staffed itself more with old hands than with fiery outsiders.

"The swamp is not getting drained fast enough," he said. "I can't think of one appointment in Tennessee who supported Donald Trump."