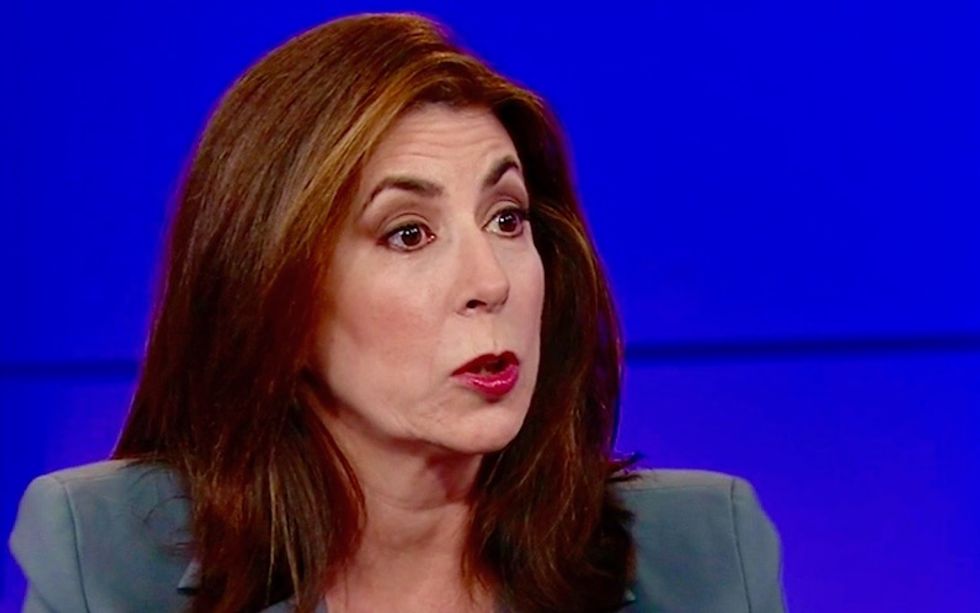 After a year of investigation and indictments of several top campaign advisers and a former campaign chairman, plus a warrant to raid the office of his personal attorney, you might think that Trump supporters would be worried.

Bruce, who maintains a veneer of respectability as president of Lite-Right women's group the Independent Women's Voice, alleged a vast conspiracy to undermine Trump.

Mainstream news organizations have gotten viewers and readers "addicted" to the saga, she said, and there's nothing coming of it—despite those pesky indictments and raids.

"It's like the new drug that shows up, because you've gotten used to the old drug," she said, referring to the president's twin legal crises. "There's always been something that was going to take him down. It's based on a fantasy, but also a little bit of a mania."

"It's also about the addiction of the viewer," she said. "Everything is going to be the end of it all—and they've got to keep those people hooked. And, as a result, they're misleading their audiences. And they're ruining any kind of reputation that the legacy media ever had."

Bruce identified herself and other Fox journalists "look at details" as knowing better.

But, she says, the Stormy Daniels affair—which

"When it comes to Stormy Daniels, the target is Mrs. Trump," she said. "They need the drama surrounding it, because they know President Trump is a man who knows what he wants to do and is doing it. They want to strike now at his support system."