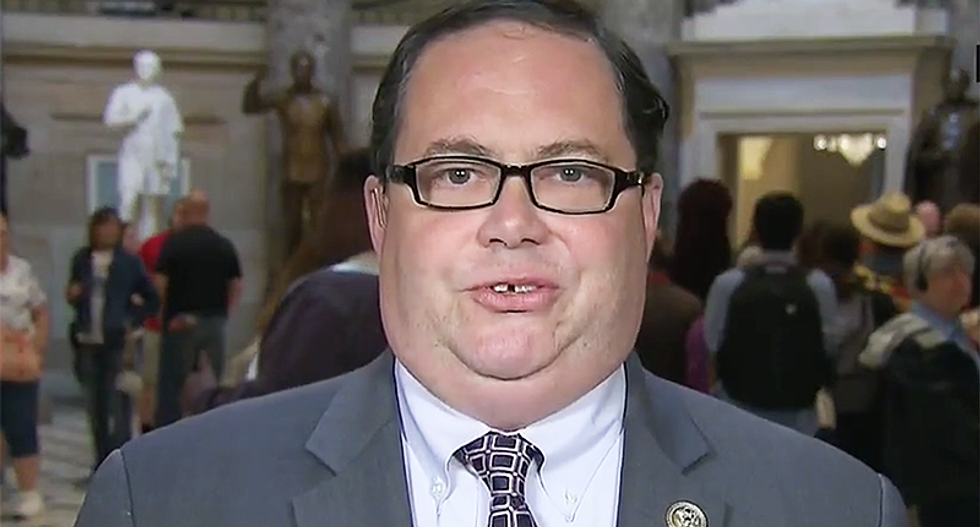 BLAKE FARENTHOLD resigns from the House. As @BresPolitico @rachaelmbade and i reported a few weeks ago, he has been… https://t.co/bTgLyjz0VW
— Jake Sherman (@Jake Sherman)1523047743.0

Politico reporter John Bresnahan explained that Thursday the Congressman's office said that rumors of his resignation were not true.

"Typical of how they dealt with most issues - deny, lie, obfuscate," he tweeted.

Farenthold’s office said this wasn’t true yesterday when we asked them whether his resignation was imminent. Typica… https://t.co/o4KjkLq13x
— John Bresnahan (@John Bresnahan)1523047963.0

Late last year, it was revealed that there was a three-year-old dispute between Farenthold and staffer Lauren Greene after allegedly inappropriate behavior that lead to her termination. The two ultimately settled the matter outside of court, but $84,000 in taxpayer money was used to settle the suit.

Farenthold was under heavy pressure by fellow Republicans to resign.