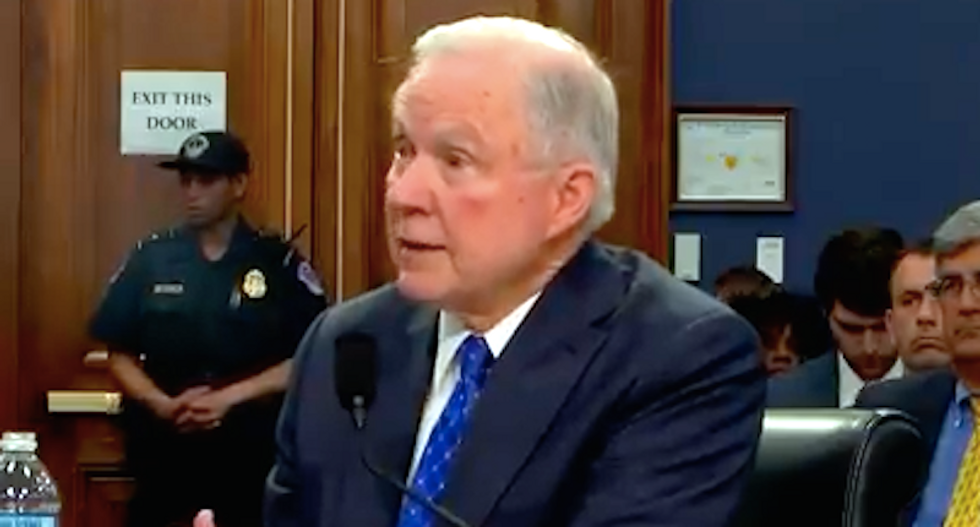 Attorney General Jeff Sessions said he shared President Donald Trump's "frustrations" with the special counsel probe and called for it to wrap up.

"Look, I think the American people are concerned, and the president is concerned," Sessions said. "He's dealing with France and North Korea and Syria and taxes and regulations and border and crime, every day, and I wish -- this thing needs to conclude," Session said. "So I understand his frustrations, and I understand the American people's frustrations."

Rep. Evan Jenkins (R-WV) prompted the response by complaining that Hillary Clinton and other political enemies of the president had escaped special counsel scrutiny, which he said angered his constituents.

“At the very root of this, I think my constituents are frustrated, are angry, they see a double standard historically," Jenkins said. "They want justice."

"I do not think we need to willy-nilly appoint special counsels, and as we can see, it can really take on a life of its own," Sessions said.