Trump contradicts himself on Comey firing in another angry tweet 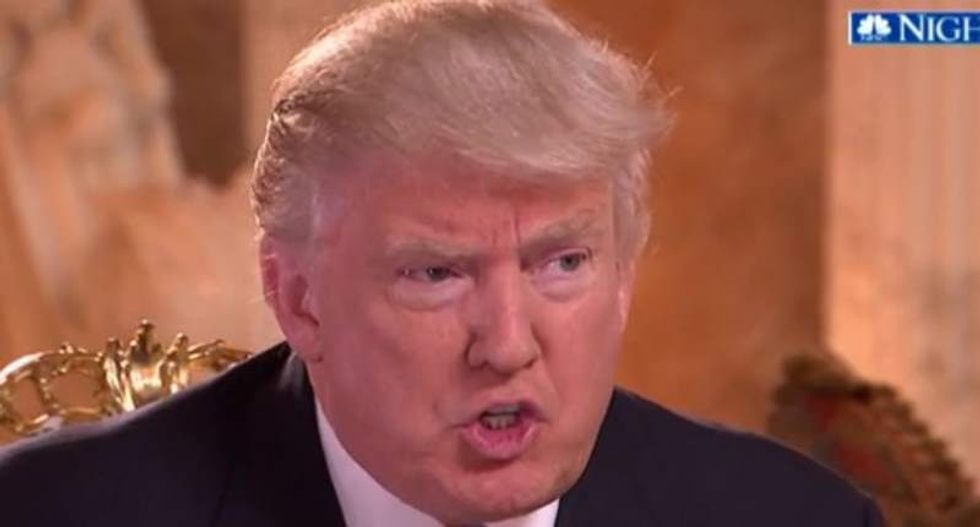 Comey has been sharply criticizing Trump and questioning his fidelity to the United States as the former lawman promotes his new book, "A Higher Loyalty" -- and the president has angrily hit back.

"Slippery James Comey, the worst FBI Director in history, was not fired because of the phony Russia investigation where, by the way, there was NO COLLUSION (except by the Dems)!" Trump tweeted.

Trump admitted to NBC News anchor Lester Holt shortly after firing Comey that the Russia investigation played a role in his decision.

"In fact when I decided to just do it, I said to myself, I said, 'You know, this Russia thing with Trump and Russia is a made-up story, it's an excuse by the Democrats for having lost an election that they should have won,'" Trump said.

The president also admitted to firing Comey over the investigation during a private Oval Office meeting with the Russian foreign minister and ambassador to the U.S. the day after relieving the FBI director of his duty.

“I just fired the head of the F.B.I. He was crazy, a real nut job,” Trump told the Russian officials, according to a document summarizing the meeting. “I faced great pressure because of Russia. That’s taken off.”

“I’m not under investigation,” he added.