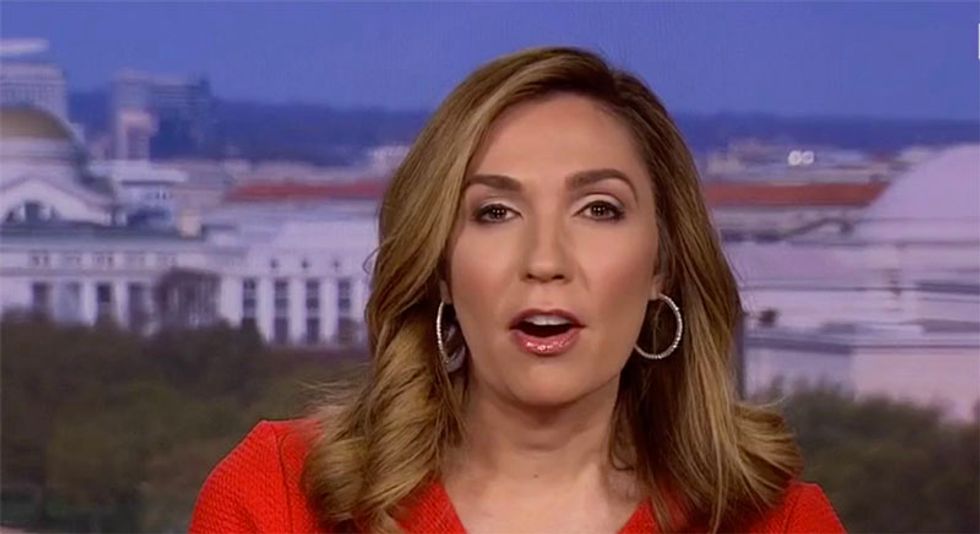 Appearing with host John Berman, conservative CNN regular Amanda Carpenter said the files the FBI obtained from President Donald Trump’s personal attorney Michael Cohen will reveal, will reveal a man who uses 'threats, bluster and lies" to bully people in an effort to get what he wants.

She then added that her description applied to Trump as well.

Sitting in on a panel with Democratic strategist Paul Begala, the former speechwriter for Sen. Ted Cruz (R-TX) was asked how Republicans should respond to rumored threats that Trump might fire special counsel Robert Mueller after the raid enraged the president.

"Chuck Grassley saying it would be suicide for the president to fire the special counsel Robert Mueller," Berman began, adding that Carpenter is not a fan of Trump. "You just heard Chairman Grassley speak about this situation. What do you feel like you need to hear from elected Republicans today?"

"Well, I think what they're saying is this say hot potato and don't you dare fire Mueller and put this in our hands," Carpenter warned. "Senators tend to speak in poetry, it is hard and vague. What they should be explicitly saying is that you obstruct justice by firing Mueller, otherwise it's tampering, obstruction and you risk impeachment. I think that's what they're inching up to and slow senatorial ways."

"Because if Trump did fire Mueller, that is an admission that whatever political risk you take of firing Mueller is less than what Mueller might have," she added. "It is almost an admission of guilt in itself. It is a sign of weakness that he could not survive the investigation and so no one wants Trump to go there."

After Begala criticized Trump for calling the Cohen raid, "an attack on America," Carpenter jumped in  to discuss the relationship between the president and his belligerent attorney.

"The raid on Michael Cohen's office is more than likely related to the Stormy Daniels payments, which is not related to the Russia investigation," she explained. "That said, the reason why Trump is hollering, as Paul says, Michael Cohen is his lawyer. That means he is the perfect representation of how Donald Trump has conducted his personal and professional life."

"Any outward observer of Michael Cohen knows that he does business through threats, bluster, lies, and who knows what else," she continued. "We also know that for the feds to raid his apartment, the burden was pretty darn high. They not only had to draft a warrant, they had to get it authorized , and so do these roads eventually lead together? Perhaps. It all gets back to whether it is Russia, whether it is Stormy Daniels, the lies and secrets the president has and how he's kept them from the public in his ascension to the presidency."