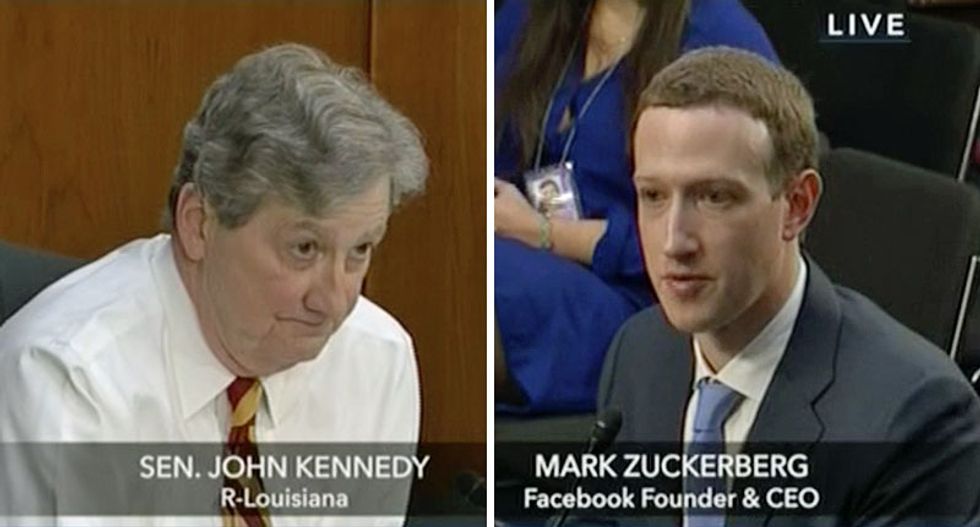 Facebook founder and CEO Mark Zuckerberg was told that Facebook's terms of service "suck" during a marathon joint hearing by the Senate Judiciary and Commerce Committees.

"I do not want to have to vote to regulate Facebook, but, by God I will," Sen. Kennedy warned. "Lot of that depends on you."

"Some of the things that you have been able to do are magical, but our promised digital utopia, we have discovered, has minefields," he continued. "There are some impurities in the Facebook punch bowl."

"The purpose of the user agreement is to cover Facebook's rear-end," he concluded. "It is not to inform your users about their rights, you know that and I know that."

"I am going to suggest to you that you go back home and rewrite it," Sen. Kennedy suggested.

Over the weekend, Sen. Kennedy slammed Environmental Protection Agency Administrator Scott Pruitt as being both "stupid" and a "chucklehead."

In January, Kennedy slammed his own party again, concluding “our country was founded by geniuses, but it’s being run by idiots,” Sen. Kennedy charged on Friday."

In October, Sen. Kennedy said a lunch meeting between Trump and GOP lawmakers had been a success because "nobody called anyone an ignorant slut."