The View tells Ivana Trump to STFU about Don Jr.'s estranged wife Vanessa: He will find someone 'in jail' 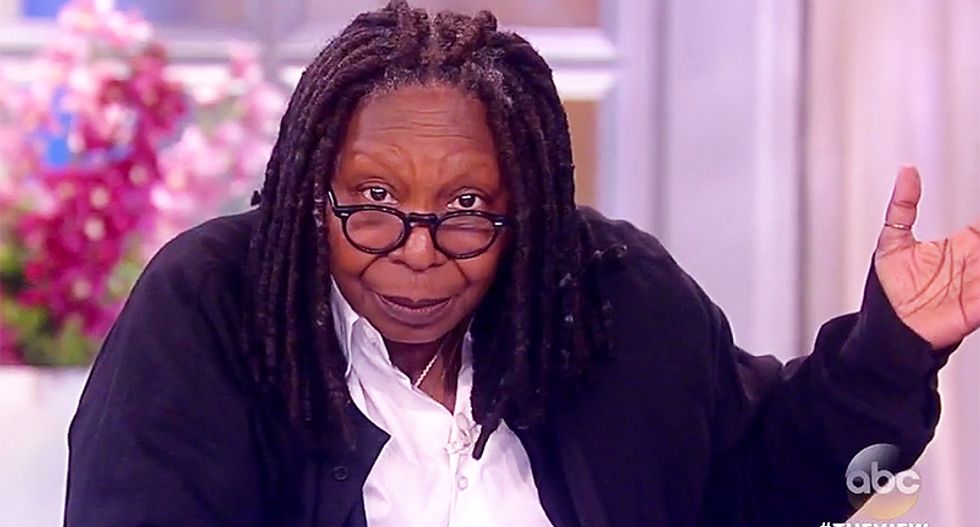 Ivana Trump said in an interview over the weekend that daughter-in-law Vanessa Trump will have an impossible time finding a husband because she has five children. Her son, however, will have a very easy time because he's handsome.

The irony was not lost on the hosts of "The View," who noted Tuesday that Ivana went through exactly the same thing, divorcing a Trump while she had three children.

Joy Behar called the Trumps nothing more than "a family of vipers" in their Vanessa attacks. "First Vanessa is humiliated in public because he has a girlfriend or something, and then the mother-in-law slams her?"

Co-host Sara Haines called it the double standard for women than for men.

"I was surprised that she said that about her daughter-in-law, the mother of her grandchildren," Sunny Hostin said. "She's saying, he'll find somebody--"

"Yeah, in jail," Behar quipped. "Hurry up, girls! The feds are going to get him!"

Meghan McCain noted that Vanessa is also a beautiful person, who is successful in her own right as well as being a mother.

"I think it goes into sort of cultural stereotypes about when women have kids we're either going to be less successful, less desirable, less ambitious," she continued. "There's a lot of old things held over from the past. For me I would be so hurt if I had five children which we just talked about I don't know if I'm going to handle having one and my mother-in-law was like, that's your baggage you have to deal with."

Hostin could not understand why the children's own grandmother would say something like that.

"She had three and certainly got married again and had all kinds of stuff," said Goldberg. "So, you know, stop being a hater, honey. Stop. That's the mother of your grandchildren. Why would you do that? As opposed to saying, you know, 'I went through this and here's how you can get through it.'"

McCain noted that there was once a social decorum that speaking ill of your family or your ex in public was tacky. She called it "beyond what politics normally is."

That could easily be the tagline of the entire Trump family's behavior.