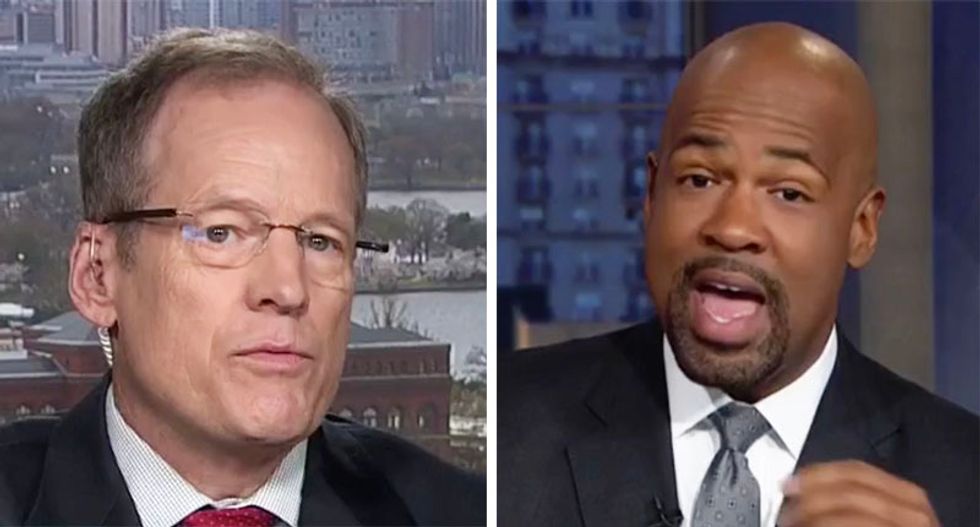 "I will tell you that I'd be very surprised if 90 percent of the American people looking at the facts of that situation did not think that there was the appearance of outright corruption there and Donald Trump ought to fire him," Kingston replied.

'What has happened, this has become political," Kingston continued before mentioning Pruitt's sweetheart deal for a $50 a night room in a condo owned by the wife of a oil lobbyist. "Scott Pruitt is pushing back a lot of the EPA overreach as it happened under Barack Obama. Therefore, his critics are coming out of the woodwork saying this guy's got to go, and they're not attacking him on policy, they're attacking, you know, this room was $1,500 a month. That's about standard rent."

"No, it isn't about standard rent in Washington," an incredulous Blackwell shot back. "Do you know how much a couple of drinks would cost at the bar at the Trump Hotel? About the same amount it costs to stay a night in that condo."

"I have to respectfully disagree, I think that's standard rent," the Republican offered.

"No, you're wrong on that," Blackwell said while asking his producers to put up a picture of the luxury condo. "It's a block from Capitol Hill."

"Listen, I slept in my office floor as a member of Congress for ten years because it is very difficult to find a place," Kingston attempted. "I can tell you, $1,500 does not sound out of whack with me as respects to the market up there. That's why the ethics department of EPA agreed with Scott Pruitt that there was not an impropriety there."

"Jack," the CNN host lectured. "There are people all over the district now throwing shoes and socks at the television thinking that if you know where there's a $1,500-a-night condo, or room for a month, post it to your Twitter account -- do. that right after."

You can watch the exchange below, via CNN: