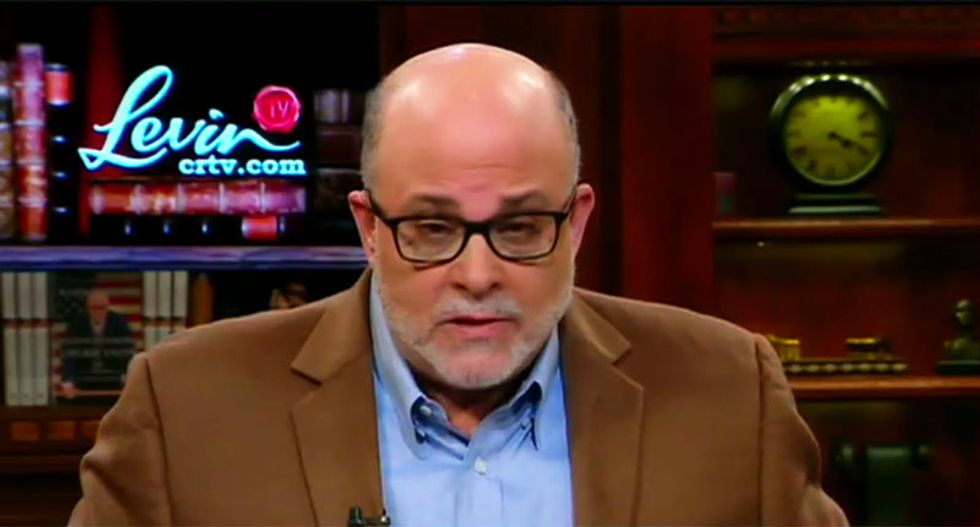 “Comey is like a bad rash,” Levin told Fox and Friends host Brian Kilmeade. “You know, he just won’t go away.”

The brash Fox personality who hosts Fox's Life, Liberty and Levin on the Sunday nights, accused Comey of being a "very petty, superficial man.”

Turning to the private meeting documented in Comey's notes, where  the then-FBI director said Trump badgered him about the investigation into former Trump National Security Adviser Michael Flynn, Levin claimed that Comey tried to hang on to his job by threatening the president with information contained in the notorious Steele dossier.

Levin was mistaken about Comey clearing the room out, as it has been previously reported that Trump asked to be alone with Comey, sending Attorney General Jeff Sessions to step outside.

You can watch the interview below: