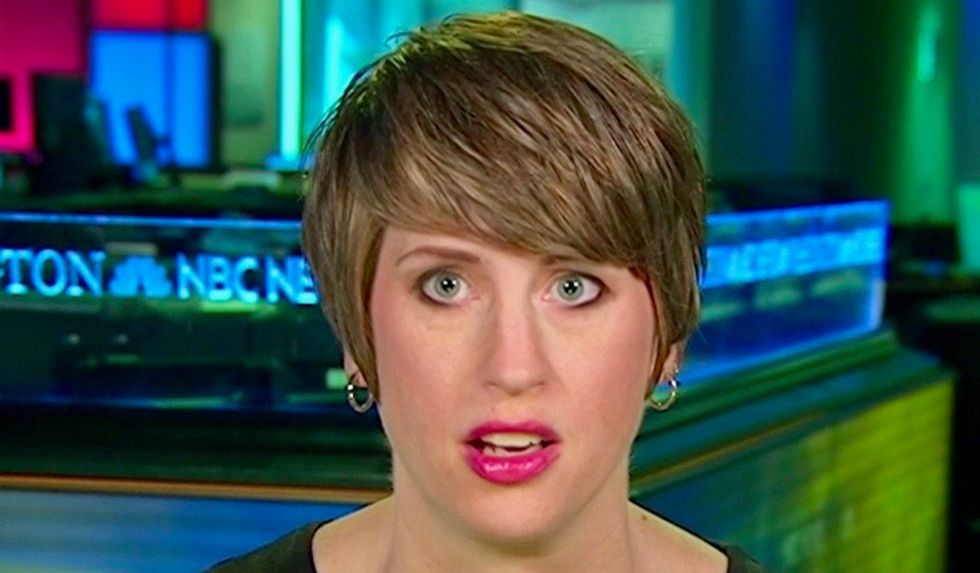 But what if she was also using coded language to demean her as a lesbian softball coach?

That was what one triggered Republican commentator thought, according to an angry rant on MSNBC on Sunday afternoon.

Liz Mair, who is a strategist working on behalf of the party of Donald Trump, melted down over the smokey eye joke, which she said was actually a joke about Sarah Huckabee Sanders' weight and sexuality.

Interesting: Already received some fan mail from a liberal @msnbc watcher who majored in English lit who agrees it was a “fat lesbian” knock
— Liz Mair (@Liz Mair)1525037960.0

"It's not just the smokey eye comment, she also made an allusion to a fictional character in a book who is a lesbian softball coach," she said. "In order for comedy to be funny... there has to be dose of truth, or a kernel that sort of rings true in what's said... very clearly that is a comment about Sarah Huckabee Sanders looks and it's not a compliment."

Mair said that Wolf was a leftist who was making a "fat lesbian joke" and that "supposedly we're not supposed to be making those."

"What was the fat lesbian joke?" panelist Atima Omara asked.

The women then engaged in a literary debate about the character Sanders was compared to before Mair lost it.

"As a Republican woman we're constantly dealing with people who say we're all about the cute appearance and the pretty makeup, and none of the substance and we're just fact-free and we're all stupid and we're dumb bimbos."

Things escalated from there.