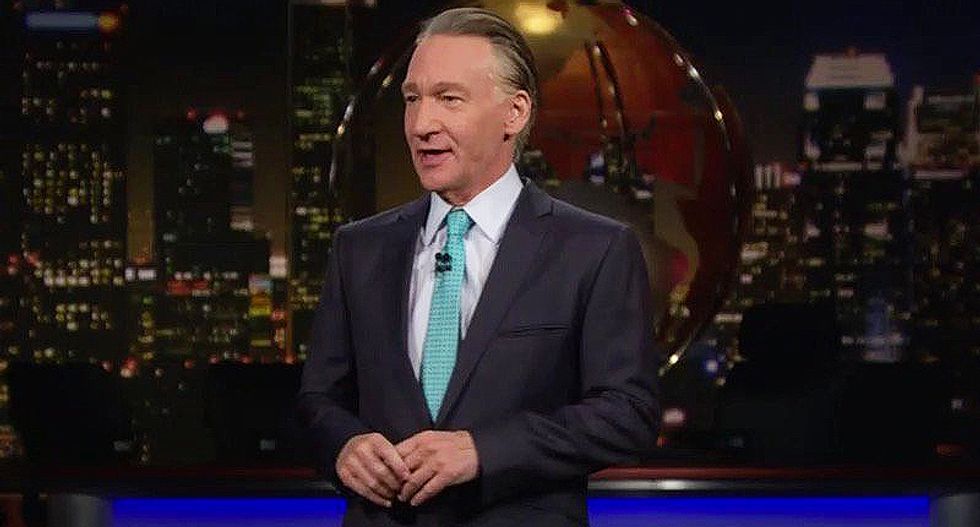 Cable news talk shows spent nearly 48 hours watching President Donald Trump's lawyer Rudy Giuliani hang his own client out to dry. It was as if the former New York mayor had several different ways to try and fit his foot in his mouth. It was so absurd that HBO host Bill Maher said it made him wonder if Giuliani was suffering from senility.

"Welcome to this week's episode of 'I Don't Even Know Where to Start,'" The "Real Time" host told his Friday audience. Maher noted that it seems Trump has moved from having his lawyer Michael Cohen to hiring Giuliani. "He's gone from someone carrying a bat to someone who turns into one."

After the catastrophe on Fox this week, Maher suggested that the person "who really needs money to hush is Rudy."

"It's simply a donation to Stormy for some charity work she did on my penis," Maher joked. He then explained that today the two men reversed course on everything that was said the 48 hours previously.

"You know you've hit rock bottom when Trump is cleaning up your quotes," the host said. "'Oh that's not what Rudy meant to say. Here to explain is the monkey from 'Rampage.'"

He went on to say that the two men don't even seem to be able to understand who sent who out to what show to talk about what.

"First of all, they're both senile," Maher quipped. "They're both f*ckin senile. Guys! You've got to write your lies down!"