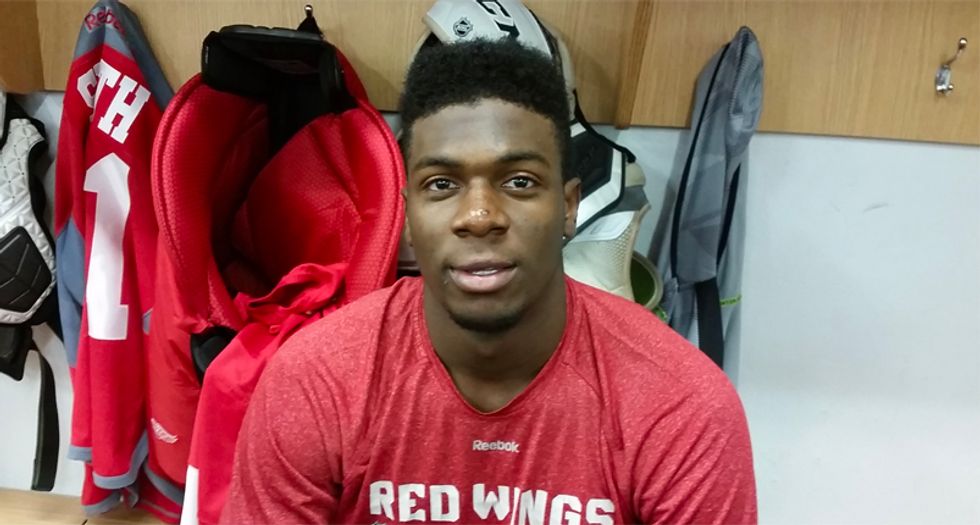 A 20-year-old black hockey player in the NHL's Detroit Red Wings' system had to be provided with a police escort and a security guard after receiving racist threats from opposing fans, ESPN is reporting.

According to the report, Givani Smith was suspended from an Ontario Hockey League playoff game last week for giving the  finger to the opposing bench, which has led opposing fans to take out their wrath on him.

"There were threats, physical threats after Game 6," Rangers general manager Mike McKenzie told the Waterloo Region Record. "Before we went up to the Soo there were racial things in his inbox on social media. It was pretty disgusting to see some of the stuff that he had to deal with."

The report states the entire team received a police escort from the airport, and the suspended athlete watched  the final playoff game from the press box with a security guard posted at the door.

"It's heartbreaking to be honest," McKenzie added. "He shouldn't have to endure it. He did a good job of turning the other way. I think the unfortunate part -- and it pains me to say this -- is that he's probably used to it by now. He's probably heard things before, which is brutal."