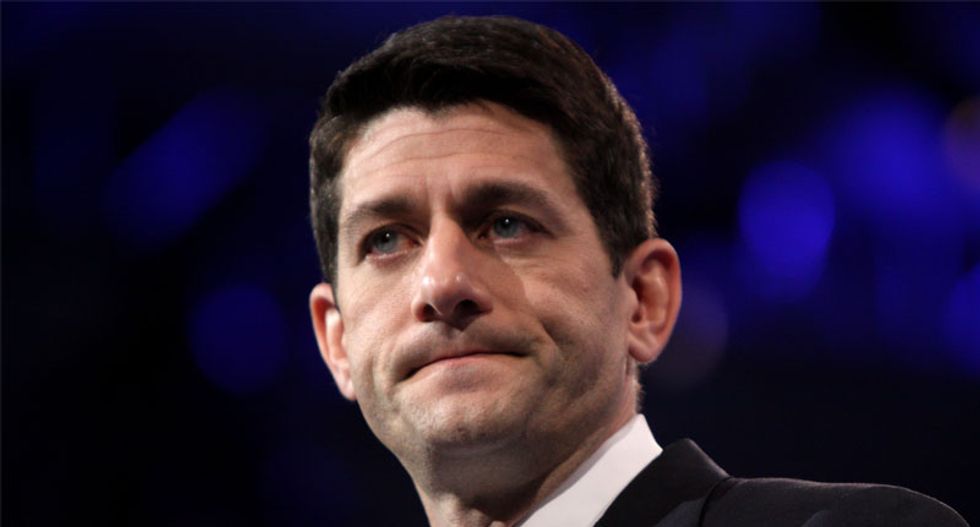 "New Day" host Cuomo took a stab at trying to explain what happened.

"The reporting was that Ryan had told the chaplain to stay out of politics," Cuomo explained. "Whatever happened, the chaplain wound up resigning or offering to resign -- Ryan accepted it --  and then there was like a hailstorm of hate on Ryan's head for going after the chaplain."

"Then the chaplain rescinded his letter and Ryan accepted his rescission of the letter" the CNN host reported as his panel laughed. "What is going on here?"

"The problem seems to be that it was also handled poorly, that the father never got a sense of the why of the firing before it happened," she added. "I believe Paul Ryan didn't even do the firing himself, that he sent an aide to do it. And so this is what you get: you have a pullback of this resignation letter, which a lot of people didn't like."

"And Ryan just seemed to get whooped up on -- it seemed like the chaplain outplayed him politically," Cuomo laughed.