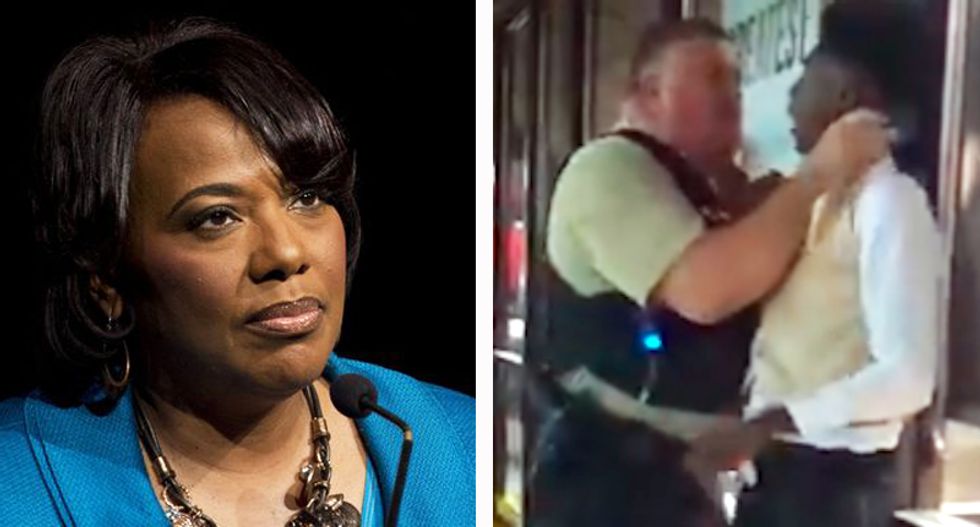 Dr. Bernice King, the daughter of civil rights icon Dr. Martin Luther King Jr., is calling for a boycott of the Waffle House restaurant chain after a spate of racially charged incidents that culminated with a police officer choking a black teen in a tuxedo on Tuesday.

According to CBS46, King reacted to the video of teenager Anthony Wall being attacked by a cop outside a Waffle House in Warsaw, North Carolina, saying to stay away from the restaurants until corporate management makes big changes.

Writing on Twitter, Dr. King stated: "Family, let’s stay out of @WaffleHouse until the corporate office legitimately and seriously commits to 1) discussion on racism, 2) employee training, and 3) other plans to change; and until they start to implement changes."

She later added, "A @WaffleHouse employee called the police on #ChikesiaClemons after she asked for the number for the corporate office. Ms. Clemons was violated by police. Her breasts were exposed. It barely garnered national attention. Do #BlackLivesMatter? Do #BlackWomenMatter?"

Dr. King's second tweet was in reference to an incident in Saraland, Alabama, where police yanked a black woman to the ground, partially unclothing her, after the Waffle House manger called them because the victim was arguing over having to pay for plastic utensils.

You can see both of her tweets below:

A @WaffleHouse employee called the police on #ChikesiaClemons after she asked for the number for the corporate offi… https://t.co/obKYneO1lA
— Be A King (@Be A King) 1525960232.0