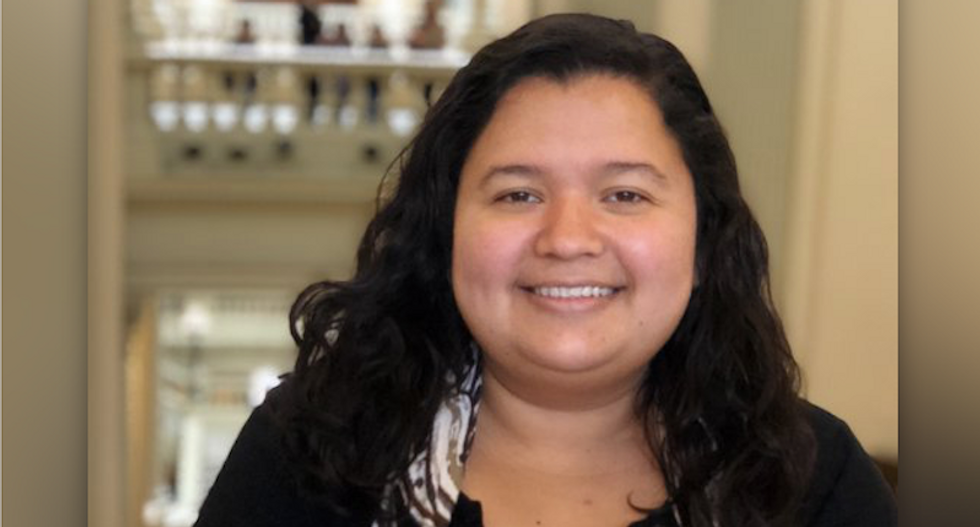 A Democrat running for the Georgia House is suing after being disqualified due to her previous citizen status, reports the Atlanta Journal Constitution.

Maria Palacios filed a lawsuit Sunday after Secretary of State Brian Kemp ruled she can't run for office because her campaign violates a Georgia rule that requires candidates to be "citizens of this state for two years," according to the AP. With Palacios out of the race, Republican state Rep. Matt Dubnik is set to run unchallenged.

Palacios' lawsuit states that she's been a US citizen since 2017, but lived in Georgia since 2009.

The lawsuit, co-filed with the Georgia branch of the ACLU, questioned the legal reasoning behind Kemp's decision.

"On May 18, 2018, the Secretary of State issued a final decision disqualifying her candidacy because she allegedly did not satisfy the Georgia Constitution’srequirement that a candidate for the state House of Representatives be a “citizen[] of the state for at least two years” “[a]t the time of their election” (here, November 6, 2018), since she did not become a United States citizen until 2017," the ACLU claimed. "This was an error of law, because, as explained below, one does not have to be a United States citizen in order to be a “citizen of the state."

Another Georgia race generated national headlines recently when Republican gubernatorial hopeful Michael Williams—an ardent Trump supporter—was booted from a Waffle House after he tried to park his 'deportation bus,' which carried slogans like '“FILL THIS BUS WITH ILLEGALS” and “DANGER! MURDERERS, RAPISTS, KIDNAPPERS, CHILD MOLESTORS [sic], AND OTHER CRIMINALS ON BOARD.”