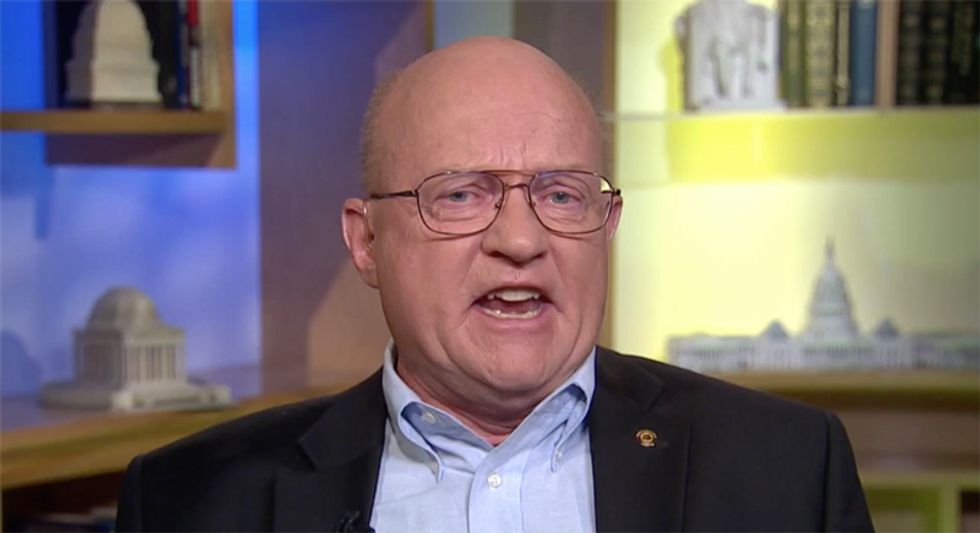 Lawrence Wilkerson on AM Joy -- screenshot

Former Secretary of State Colin Powell's ex-chief of staff launched a scathing attack on President Donald Trump's choice to head up the CIA, comparing her to a Nazi and saying  he personally would "hide her in the bowels of the agency."

Appearing on MSNBC 's AM Joy with host Joy Reid, retired United States Army Colonel Lawrence Wilkerson was asked about the prospects of CIA head appointee Gina Haspel being approved by the Senate after being lambasted for her part in torture following the 9/11 terrorist attack and subsequent war with Iraq.

"I find it odd that people have hide under the convenient fact that the government of the United States didn't want to hold itself accountable for what it did," host Reid suggested. "Now you have somebody who could just hide behind that standard again if the current pro-torture president said do it again."

After calling Democrats "moral cowards" for not coming out more forcefully against the nominee, Wilkerson blasted Haspel for her previous comments.

"Gina Haspel has a record that I would entertain very carefully before I would appoint her to any position," he began. "One, she in fact said that she was only following orders. That was the defense of Nazis at Nuremberg. Two: she destroyed evidence of what she did along with [CIA deputy director] Jose Rodriguez and if what she did was legal, why did she feel like she had to destroy the evidence?"

"Three -- and this one bothers me the most because I've made a study and I teach the bureaucratic organization of the U.S. government since world war II -- I would never, if I were president, never appoint a person who had been in the bowels of the CIA in covert operations; getting people to betray their countries for money essentially then running those people, having those people killed and then hiring new people. That's what they do."