Ex-Obama official shreds Trump and Giuliani: 'The president is an idiot' surrounded by 'the dumbest of the dumb' 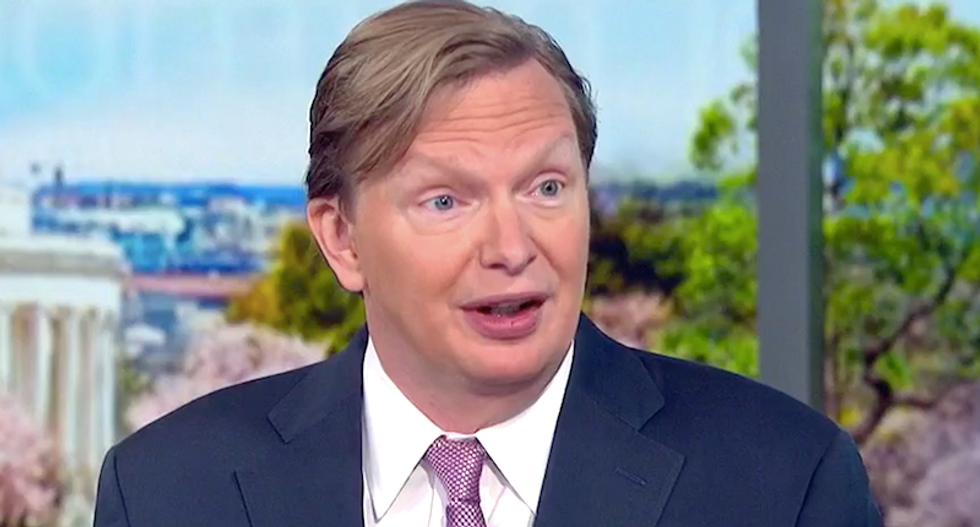 Jim Messina, who also was Obama's campaign manager during his 2012 re-election, told MSNBC's "Morning Joe" that he would have offered Sanders two choices if he had been her boss.

"When I was deputy chief of staff for operations, I would have walked in and said to her, 'Do you want to quit or do you want me to fire you?'" Messina said. "You have no ability to talk to the press anymore. It's not her fault, right?"

Messina said the Trump administration was insufficiently staffed -- and he blamed the president.

"It's the leader of the country's fault and there is no process in there," he said. "There's no communications director, there's no functioning chief of staff."

Messina pointed to Rudy Giuliani going on Sean Hannity's Fox News program to blow up President Donald Trump's legal defense in the Stormy Daniels case, which also shredded what was left of the press secretary's credibility.

"When you decide to go out and say, 'Oh, by the way, the the president of the United States lied to the country,' you have a strategy for this," he added. "Instead, the only two people that seemed to know that strategy were the president and Rudy."

Messina said Giuliani's sudden re-emergence in Trump's inner circle showed the president was scraping the bottom of the barrel.

"That's the problem across the administration," he said. "You have all these jobs open and no competent people want to work in that administration. You've got kind of the dumbest of the dumb who want to hang out."

According to White House chief of staff John Kelly, a retired U.S. Marine Corps general, that includes the president himself.

"We were taught in America to respect generals and trust them," Messina said. "I trusted him on Monday when he called the president an idiot, because he's with him every day. So I believe the president is probably an idiot."