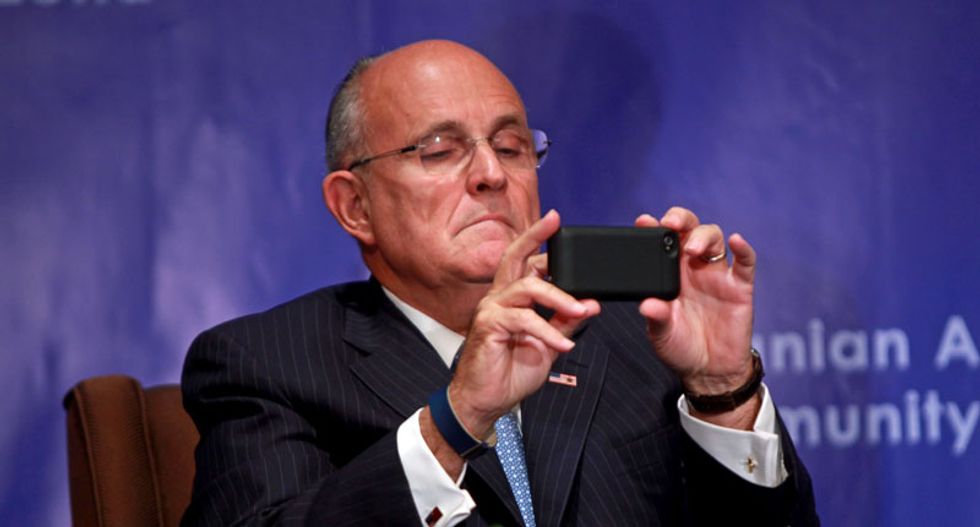 Former New York City Mayor Rudy Giuliani taking a photo of the audience while on stage at a political event. Photo by Gage Skidmore.

"Did he resign or was he pushed out?" MSNBC host Chris Jansing wondered. "Either way, President Trump's personal attorney, Rudy Giuliani, is out at his law firm."

"What he is doing there?" the host asked the author of the book Rudy Giuliani: Emperor of the City.

"Well, you know, Rudy Giuliani is a drama machine," the biographer noted. "There is kind of a perpetual hurricane of drama that follows him wherever he goes."

"How long will Donald Trump want someone who is kind of equally adept at drawing controversy?" he wondered.

The former mayor's longevity on the legal team may come down to President Trump.

"I think he has dug in, he wants to stay," Kirtzman predicted. "He certainly doesn't have a job to go back to in New York."

"I think Giuliani wanted this badly, he likes the limelight he's getting," he continued. "I think the only way Giuliani leave is if Trump fires him, Trump makes him leave."

"This is his moment, he has been kind of derided by his critics as a has-been for the last few years," he noted. "Giuliani is kind the star of the show right now."