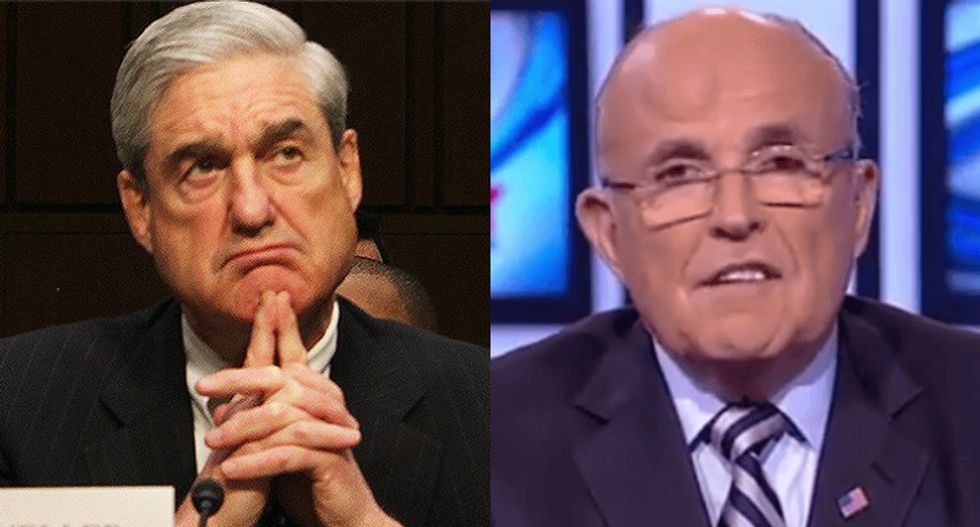 As the New York Times said, however, the claim comes without any kind of verification from the Mueller team. In fact, it could very easily be something the former New York mayor invented so that when the investigation is not over on Sept. 1, he can claim that they were lied to.

"Giuliani’s comments were an apparent attempt to publicly pressure Mr. Mueller amid their interview negotiations," The Times alleged in their report. "He urged that the investigation be wrapped up as soon as possible, pointing as a cautionary tale to the revelation by the former F.B.I. director James B. Comey in the last days of the 2016 presidential race that he was reopening the investigation into Hillary Clinton’s use of a private email server. Mr. Comey’s announcement is widely blamed by Democrats for costing her the election. The F.B.I. found no wrongdoing."

The claim might be part of an agreement to get Trump to be interviewed by Mueller's team.

Giuliani threatened that Mueller wouldn't want to see a repeat of what happened in 2016.

There's no indication, however, that Mueller cares about Giuliani or the politics around the Russia probe.