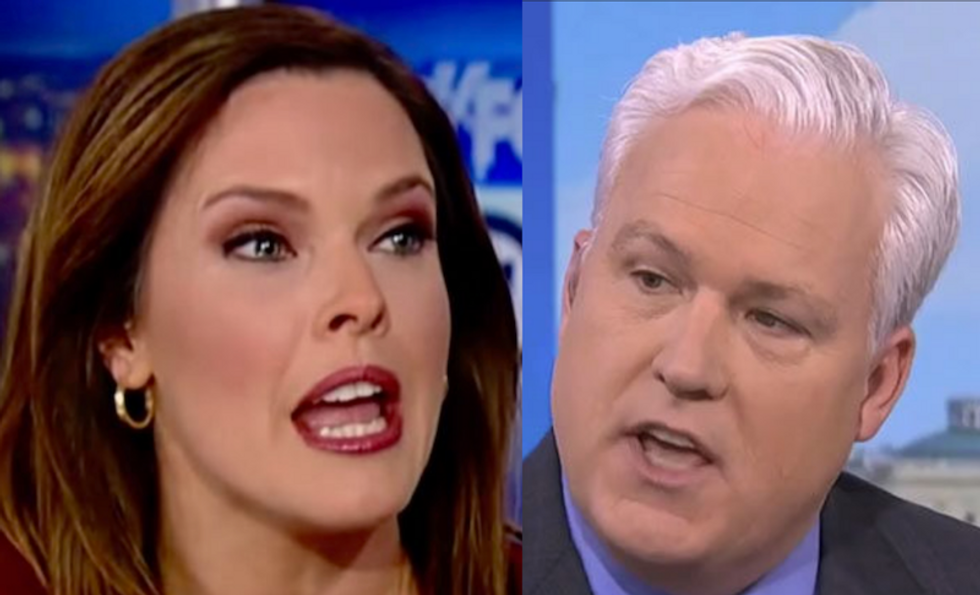 The Schlapps, Mercedes and Matt, who have cried foul when Democrats make jokes but who stand by the staffer behind a tasteless McCain joke/Screenshot

Just a few weeks ago, Matt Schlapp was complaining angrily about jokes made by a professional comedian during an annual roast of the White House and the media that covers it.

Now, he's telling people angry with a joke about how John McCain's opinions on torture don't matter because "he's dying anyway" to move on.

"I think it's time to move on now I'm getting a bit worried," he wrote on Twitter.

Mercedes Schlapp was quoted as she asked—and has been under fire since.

Schlapp is in a Twitter slap-fight with comedian Kathy Griffin, who he appeared to threaten saying that he would give the comedian "no quarter" and that his wife was not her "punching bag."

Get ready you can't handle the truth we will give you no quarter and @mercedesschlapp is not your punching bag https://t.co/kuO3lxYZT2
— Matt Schlapp (@Matt Schlapp)1526167940.0

Matt Schlapp was last in the news when his annual event, CPAC, featured a racist speaker who bashed a black man who was once the head of the Republican party. Schlapp forcefully defended the racist.