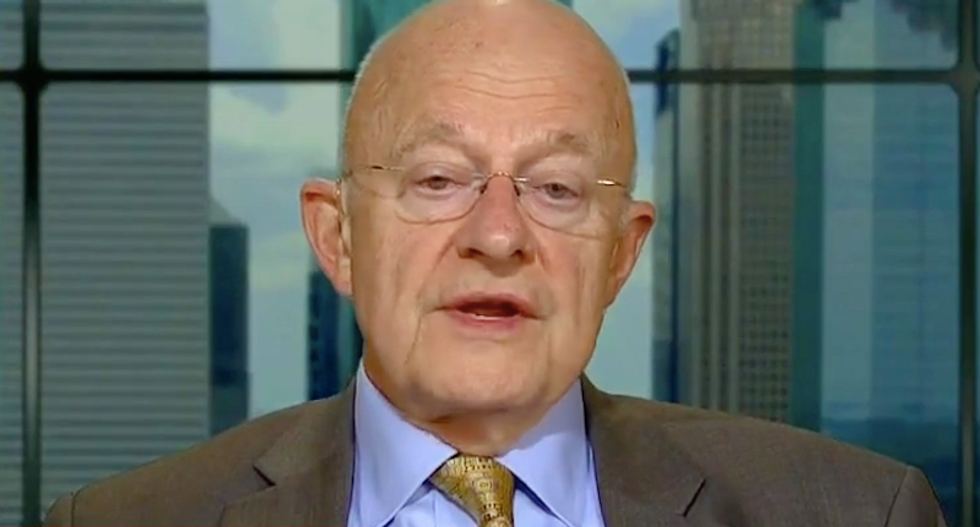 The former director of national intelligence appeared Thursday morning on CNN's "New Day," where he said Giuliani had sullied his legacy while serving -- badly -- as personal attorney for President Donald Trump.

"I think this sort of characterization is really unfortunate, inappropriate, unfair and, in fact, dishonest," Clapper said. "But this is part of a larger campaign which Mr. Giuliani fully acknowledged to undermine the investigation. That's the whole point here and cast as many aspersions on the investigation and those conducting it as possible."

The former intelligence official said Giuliani was shredding his reputation as "America's mayor."

"I have not had any direct interaction with him, but your mention of 9/11 is the preferred image that I want to keep of Rudy Giuliani and the inspirational leadership he provided to New York City -- not only New York City, but the entire nation," Clapper said. "I prefer to remember him that way than the way he's conducting himself now."

He charted the path to Giuliani's career nadir.

"I think he's kind of an incoherent mouthpiece for the president," Clapper said.

Comedian James Adomian's impersonation of MyPillow CEO Mike Lindell on Jimmy Kimmel Live this Thursday is getting getting rave reviews.

The bit centered around Lindell's recent claim that he had enough evidence to send '300 million' people to prison "for life" -- which ends up with Lindell sending himself to prison.