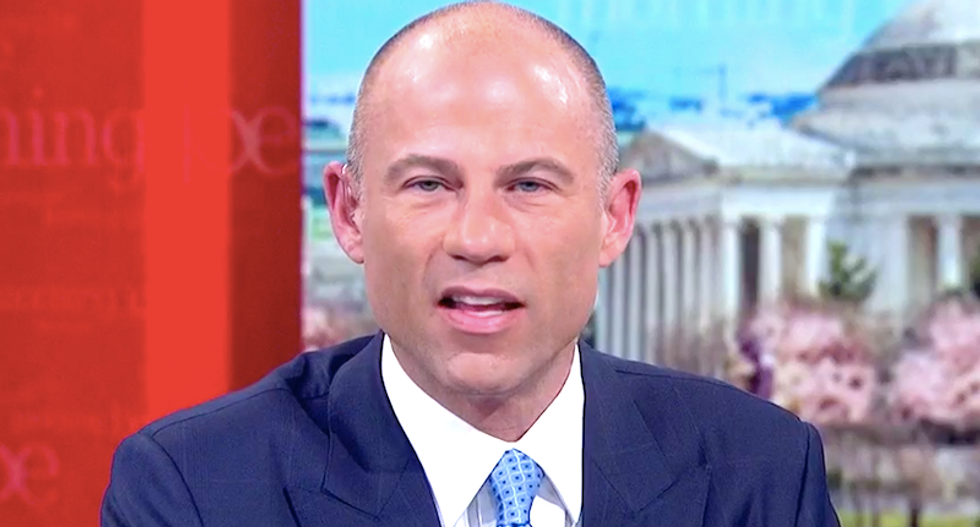 The attorney appeared Thursday on MSNBC's "Morning Joe," where he said Giuliani's comments proved Trump had been lying all along -- and he said the president's follow-up tweets potentially opened new legal troubles for himself.

"Mr. President, you and your advisers and your lawyers need to bring it," Avenatti said. "Bring it, because you can continue to lie to the American people and we are not going to tolerate it, not today, not tonight and any other day. This is an absolute disgrace what is going on here over the last few months."

Avenatti said the tweets responding to Giuliani's interview with Fox News host Sean Hannity were almost certainly written by someone else, and the attorney said those posts might be defamatory.

"If anything thinks Donald Trump wrote those tweets, then they haven't been paying attention over the last couple years," Avenatti said. "I don't know the lawyer that wrote this, but you can tell a lawyer wrote it because all you have to do is count the number of commas in the first tweet."

"Whoever the lawyer is that wrote this," he added, "that lawyer is also a moron, because now he or she has subjected the president to yet another potential lawsuit for defamation for what they've done. They've also undercut a number of other claims that have gone on over the last few months."

"I have never seen a group of people that cannot shoot straight," he said. "These folks make the Watergate burglars look competent."

The attorney said Giuliani's comments made it much more likely that Trump would be required to sit for a deposition in the Daniels lawsuit.

"I think our case just got exponentially better in the last 24 hours," Avenatti said. "We knew we were going to be able to prove this, but we didn't know we would have Rudy Giuliani appear on Sean Hannity and do it for us on a Wednesday night this early on in the case. The importance of this cannot be overstated."