'Michelle Wolf was right': NYT writer trashes colleagues for creating and profiting off the 'Trump monster' 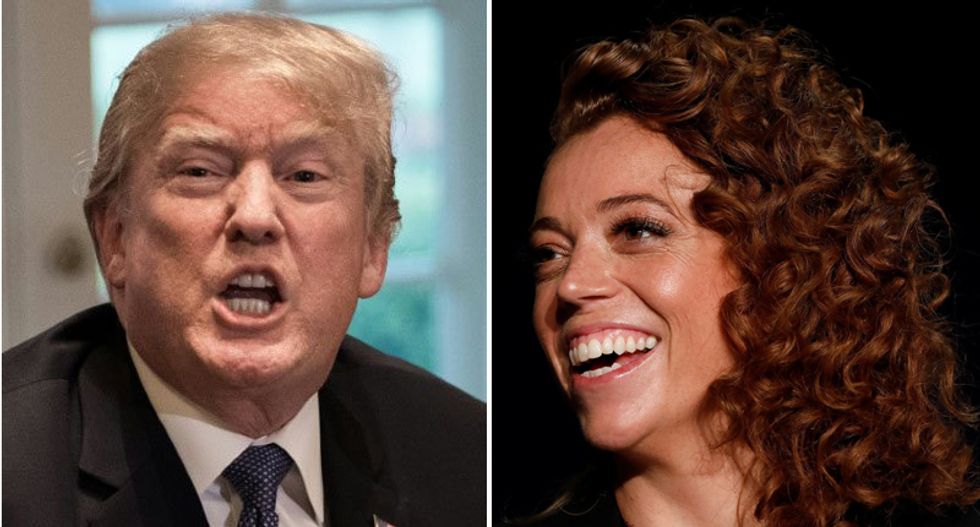 In a scathing New York Times opinion piece, longtime columnist Maureen Dowd took her colleagues to the woodshed by highlighting -- and agreeing with -- criticism aimed at them at the White House Correspondents' Dinner by comedian Michelle Wolf.

Lost in the shuffle of media discomfort over Wolf's blistering portrayal of White House spokesperson Sarah Huckabee Sanders as a liar at the April 28th event, was the comedian's devastating take down of the press who obsessively boosted then-candidate Donald Trump for ratings and social media clicks.

According to Wolf, addressing the assembled Beltway press: “You guys are obsessed with Trump. Did you used to date him? Because you pretend like you hate him, but I think you love him."

“I think what no one in this room wants to admit is that Trump has helped all of you. He couldn’t sell steaks or vodka or water or college or ties or Eric, but he has helped you," she added. "He’s helped you sell your papers and your books and your TV. You helped create this monster, and now you’re profiting off of him. If you’re going to profit off of Trump, you should at least give him some money, because he doesn’t have any.”

Columnist Dowd concurs, writing, "Michelle Wolf was right when she turned a gimlet eye on the media."

"Donald Trump is damaging the country and civic discourse, and undermining the First Amendment. But this Batman cartoon villain with an uncanny gift for cliffhangers and lurid story lines is buoying journalism, giving us a reprieve while we figure out how to save ourselves in the digital age," she wrote. "And he’s making journalists stars in a way they haven’t been since Watergate, inspiring documentaries and movies and helping them secure lucrative book and TV deals."

"Trump is an attention addict, and now he’s in a position to get all the attention in the world, as long as he keeps those sirens blaring. CNN has been on a constant Breaking News Alert for months," she continued. "As we pat ourselves on the back, though, for the grueling hours and Pulitzer-quality scoops, we should remember one thing: Even if we vanished tomorrow, Trump would probably end up in the same place."

Dowd goes on to note, "Trump’s game is keeping everyone, especially the press, riveted," before quoting Trump biographer Michael D’Antonio.

“He needs the excitement,” D’Antonio remarked. “Without the drama and the crisis and the powerful opponent, he’d be just another guy.”